U.C.-Davis prof to focus on economic impact of immigration in Sichel talk 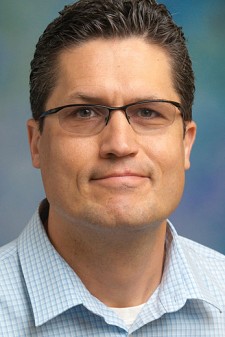 KALAMAZOO, Mich.—A scholar from the University of California at Davis will focus on the dollars and cents of immigration when he speaks in April at Western Michigan University as part of the Werner Sichel Lecture Series.

Dr. Giovanni Peri, professor and chair in the U.C.-Davis Department of Economics, will speak at noon Wednesday, April 19, in 2028 Brown Hall. His talk is titled "The Great Economic Potential of Immigration to the U.S." and is free and open to the public. A light lunch reception will be available after the lecture.

In addition to being chair and a professor, Peri is director of the interdisciplinary Migration Cluster at U.C.-Davis. He is also a research associate of the National Bureau of Economic Research in Cambridge, Massachusetts, and editor of Regional Science and Urban Economics.

Peri serves on the editorial board of the Journal of the European Economic Association and on several other journals. His work has been published in numerous academic journals, including the American Economic Review, the Review of Economic Studies, The Review of Economics and Statistics and the Economic Journal. He has received grants to fund his research from the MacArthur Foundation, the Volkswagen Foundation, the World Bank, the National Science Foundation and several other institutions.

Peri's research has been featured in the Economist, the New York Times and the Wall Street Journal, as well as other newspapers. His research focuses on the economic determinants and effects of human migrations.

The theme for this year's Sichel Lecture Series is "Immigration Policy Today." The series is organized by the WMU Department of Economics and named in honor of Werner Sichel, a longtime WMU economics professor and former department chair, who retired in 2004. The lectures are open to the public and formatted with the general public in mind.

This year's series is being organized by Dr. Susan Pozo, WMU professor of economics.

For more information, contact Pozo at (269) 387-5553 or susan.pozo@wmich.edu or visit wmich.edu/economics/events.