Results of the annual competition were announced April 19 in Grand Rapids at the 2017 Energy Summit. WMU's entry rose to the top out of 64 million square feet of Michigan real estate that competed. The University demonstrated the greatest percentage-based reduction in energy-use intensity during the 2016 competition, with a 17.4 percent decrease in energy use in the 242,000-square-foot facility it entered. 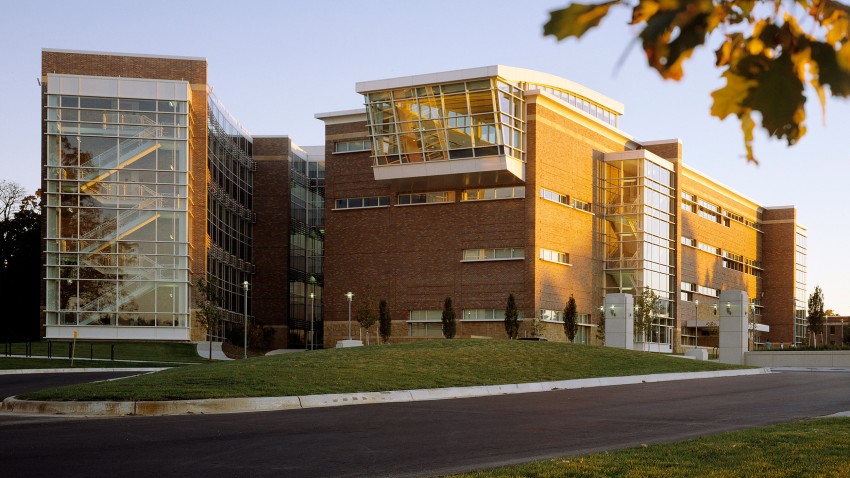 WMU demonstrated the greatest percentage-based reduction in energy-use intensity during the 2016 competition, with a 17.4 percent decrease in energy use in the 242,000-square-foot facility it entered.

This is the third year that WMU has competed in the annual competition sponsored by the West Michigan Chapter of the U.S. Green Building Council, Consumers Energy and DTE Energy. The Michigan Battle of the Buildings is an awards and recognition program for energy-use reduction open to all commercial buildings throughout the state. This year's competition included 457 buildings in 10 categories.

Competitors' combined total in energy savings amounted to 22,141 metric tons of CO2, which represents a total of $2.4 million in utility cost avoidance and is equivalent to cutting the amount of greenhouse gas emissions produced by driving 53 million miles.

WMU's health and human services facility was completed in 2005, earned LEED-EB gold certification in 2009 and was retro-commissioned with energy updates in 2015. But it was behavioral changes from building occupants that may well have tipped the energy-saving scales, says Christopher Caprara, WMU energy administration specialist who traveled to Grand Rapids for the award ceremony along with Peter Strazdas, associate vice president for facilities management.

"As health care industry workers, the students, faculty and staff of the building 'get it,'" says Caprara, whose team set up educational workshops and informational signage for the facility. "They understand the impact of their indoor environment on climate change. Implementing behavior change for this building was easier than it is for most."

Also instrumental in WMU's quest for the Biggest Loser title were a building automation system, direct digital controls and a dedicated maintenance staff—which made the building eligible to be part of Consumers Energy's Smart Building Program.