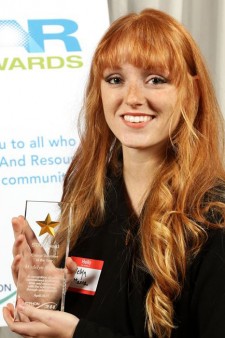 The 32nd annual Sharing Time and Resources, or STAR, Awards were presented during an April ceremony at the Radisson Plaza Hotel and Suites. The awards celebrate volunteerism by recognizing and awarding individuals and groups who volunteer their time, energy and talents in service to others in the greater Kalamazoo community.

Nonprofit staff, volunteers and community members come together to recognize STAR Award nominees and winners, hear their stories and celebrate volunteering. The awards are a partnership by Volunteer Kalamazoo and MLive/Kalamazoo Gazette.

WMU Lee Honors College students were named in both the individual and group college awards.

Madelyn Aittama, a senior honors student from Milford majoring in biomedical sciences and minoring in dance, psychology and chemistry, received the college volunteer award for her work with Ascension Borgess Health.

A group of 2013 Medallion Scholars, all members of the Lee Honors College, won the college volunteer group award for their three-year mentoring project with Milwood Middle School students, Future Leaders of Kalamazoo, through Communities in Schools. The scholars have focused on engendering a college-going attitude with the students in addition to tutoring the same student over a three-year period. 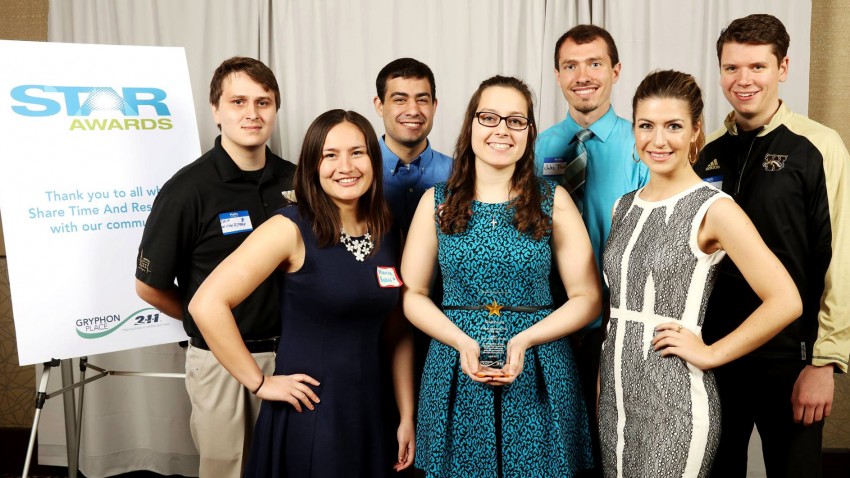 This year's STAR Award nominees gave a combined total of nearly 20,000 hours of service in 2016, according to Gryphon Place, organizer and host of the event. Volunteer Kalamazoo is an affiliate of Gryphon Place, which connects people and organizations to resolve conflict and crisis, foster volunteerism and meet community needs.