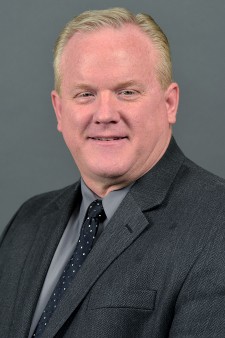 KALAMAZOO, Mich.—A Western Michigan University faculty member was recently named a fellow of the Institute of Industrial and Systems Engineers.

Dr. Steven E. Butt received the honor during the institute's 2017 annual conference May 20-23 in Pittsburgh. Being named a fellow is the highest classification of membership in the organization.

The accolade recognizes outstanding industrial and systems engineering leaders who have made significant, nationally recognized contributions to the profession. WMU now has four fellows, which as a percentage of industrial engineering faculty, is one of the highest percentages of fellows at any institution. 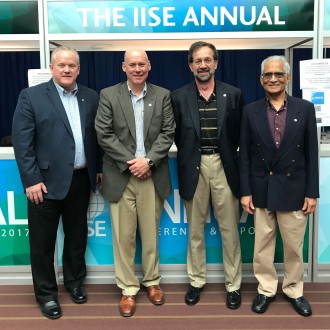 The other three faculty members who have been named IISE Fellows, along with the year they were named, are: Drs. Tycho K. Fredericks, 2015; Timothy J. Greene, 1999; and Kailash M. Bafna, 1996. All three are professors of industrial and entrepreneurial engineering and engineering management. In addition, Greene serves as WMU's provost and Bafna also is a professor of engineering design, manufacturing and management systems.

Institute of Industrial and Systems Engineers

IISE is an international nonprofit association that provides leadership for the application, education, training, research and development of industrial and systems engineering. Since 1950, only about 500 members of the organization have been have been named a fellow.