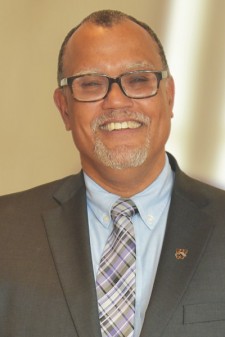 KALAMAZOO, Mich.—An annual celebration of the longstanding partnership between Kalamazoo and Western Michigan University this year will include the inauguration of WMU's ninth president.

Dr. Edward B. Montgomery, who will become president of WMU Aug. 1, will be formally inaugurated Friday, Sept. 15, during an 11 a.m. ceremony in Miller Auditorium. The formal ceremony will be part of the annual CommUniverCity weekend. Members of the campus and wider Kalamazoo communities are invited to the event that will mark the start of the next chapter in the community-university partnership.

In addition to the presidential inauguration, weekend CommUniverCity events will include a Saturday, Sept. 16, evening of tailgating and football under the lights vs. the University of Idaho. This will be the 26th consecutive year for the popular fall celebration designed to focus on community-university partnerships. Tailgate and game times are still to be set.

The inaugural celebration on Friday will begin with the formal Miller Auditorium event expected to attract members of the Kalamazoo community and campus community, members of the Montgomery family, and academic leaders from around the state and nation. Following the Miller ceremony, the celebration will continue with additional celebratory events still in the planning stages. Details about the Miller ceremony and other inaugural activities will be announced later this summer, but those interested in attending should plan to save the date.

Montgomery's appointment as WMU president was announced April 12. He comes to the University from Georgetown University, where he serves as dean and professor of economics at the McCourt School of Public Policy. He succeeds Dr. John M. Dunn, who is retiring after a decade of service as president.

Collegiate presidential inaugurations in the United States originated with the nation's nine colonial colleges in the 17th century and established the custom of formally acknowledging a change in leadership at a school's highest level. Today, an inaugural ceremony is regarded as a public opportunity to celebrate a university's past and traditions as it transitions into the future.