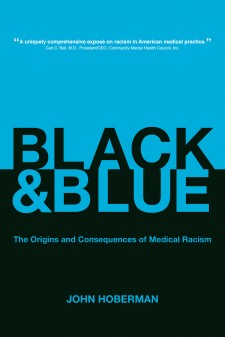 KALAMAZOO, Mich.—Just in time for summer reading, the Western Michigan University Center for the Study of Ethics in Society has announced readings and discussions of three books dealing with hot-button ethical questions as part of book clubs during the fall semester.

Discussions of the three books begin Wednesday, Sept. 20, and continue through late November. The book clubs are open to the general public as well as the greater WMU community. Books are provided free of charge to the first 10 people who sign up via email to ethicscenter@wmich.edu. To participate, people must sign up no later than one week before the group's first meeting.

Keagan Potts, a master's degree student in philosophy, will lead discussions of "Black and Blue: The Origins and Consequences of Medical Racism" by John Hoberman. "Black and Blue" offers an account of what American doctors think about racial differences and how their thoughts have unique and often disproportionate negative effects on black patients. Hoberman departs from past discourse on medical racism by addressing the racially motivated thinking and behaviors of physicians practicing medicine today over and above systemic racism in our healthcare system. This work has many implications from issues of paternalism, confidentiality, and individual ethical concerns about just distribution of healthcare resources, the right to a decent minimum of care and the obligation of the government to promote access for its citizens. 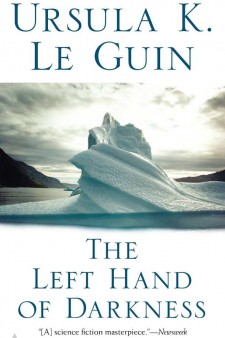 John Minser, curriculum coordinator at the WMU Homer Stryker M.D. School of Medicine, will lead discussions of "The Left Hand of Darkness" by renowned science-fiction author Ursula LeGuin. In this novel, a lone emissary of an emerging galactic coalition arrives on a wintry planet without gender. His conflict with a non-gendered society forms the core of the plot, raising ethical issues related to gender identity, metaphorical and literal colonization of the body, and paternalism. 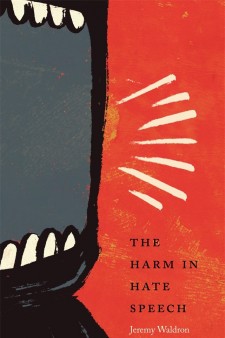 Kathy Purnell, a part-time instructor in the School of Public Affairs and Administration, will lead discussions of "The Harm in Hate Speech" by Jeremy Waldron. Waldron develops a distinctive argument on the nature of the harm to others in hate speech, which is not "offense," but instead an attack on social standing and dignity. Key ethical questions are: What are our responsibilities to one another in a democracy to prevent utterances that may intentionally seek to diminish the social standing of others in the eyes of the community? When, if ever, should such utterances be curtailed? What are the normative justifications for those restrictions?

The group will meet at 6 p.m. Wednesdays Nov. 1, Nov. 15 and Nov. 29. The first meeting will be held in 2072 Moore Hall; the group will determine future meeting locations.

For more information, go to wmich.edu/ethics. Questions may be directed to Dr. Sandra Borden, center director, at sandra.borden@wmich.edu.