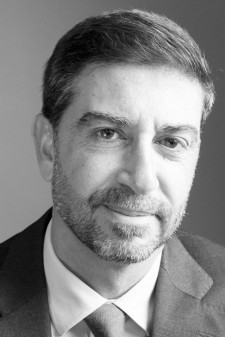 Dr. Paulo Zagalo-Melo, who served as associate provost for Global Century Education and director of the Global Engagement Office at the University of Montana, will take the reins of WMU's comprehensive international efforts on Sept. 1. His appointment as associate provost was announced by WMU Provost Timothy J. Greene. The appointment was made pending approval by the University's Board of Trustees.

"I am thrilled that Dr. Zagalo-Melo has joined us," said Greene. "He brings with him considerable recent experience in global education at the University of Montana, a commitment to best practices in the international arena, and extensive experience over many years with the Fulbright Program."

Zagalo-Melo had been at UM since 2013, serving as that university's senior international officer and as a faculty member in Educational Leadership. Prior to that, he spent seven years as director for science, technology and innovation at the Luso-American Foundation in Lisbon, Portugal. In that role, he negotiated and monitored grant programs and student and faculty exchange programs involving Portuguese and U.S. academic, governmental and nongovernmental organizations, including five U.S. federal research agencies.

Zagalo-Melo's background also includes extensive work with the U.S.-Portugal Fulbright Commission. He served as the commission's executive director in Portugal for 10 years, after a three-year period as the administrative officer with the commission. As executive director, he managed all Fulbright operations in Portugal and was involved in organizing three Fulbright Directors’ conferences. In addition, he was a member of the Executive Committee of Fulbright Directors from Europe and Israel, and he served as the European Union Project Coordinator for IMPACT, an ATLANTIS four-year political science exchange program.

Having earned undergraduate degrees in accounting and business administration in Portugal, Zagalo-Melo traveled to the United States to earn a master's degree in public administration in 2004 from Harvard University's John F. Kennedy School of Government. He went on to earn a doctoral degree in political science from the Catholic University of Portugal, in collaboration with the University of Colorado at Boulder, in 2012.

Zagalo-Melo has been active with the Association of International Education Administrators, was an AIEA Presidential Fellow and currently serves that organization as the vice chair of its Policy and Advocacy Committee. He was also a TEDx speaker on multilingual education, with a talk titled "Building Global Nations."

At WMU, He replaces Dr. Wolfgang Schlör, who accepted a position at Georgia State University earlier this year.