KALAMAZOO, Mich.—Three Western Michigan University researchers—the most in any single year at WMU—have each earned a coveted National Science Foundation CAREER award and associated five-year grant, a top prize for early career scientists who show promise as leaders in their disciplines.

Those who earn the award have the potential to serve as academic role models in research and education and to lead advances in the missions of their departments or organizations, according to the NSF.

For the individual faculty members, and for the University as a whole, the recognition is a high honor. 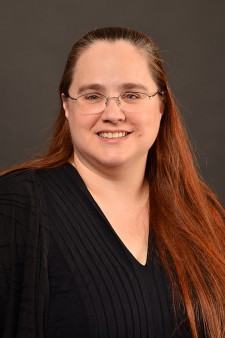 With her $800,000 CAREER award grant, Beane is investigating the impressive regenerative abilities of planarian flatworms.

People and planarians both have central nervous systems and also have numerous genes in common, but unlike humans, planarians have the power to regenerate their brain and nervous system, explains Beane, assistant professor of biological sciences.

Humans possess some limited ability to regrow tissue. A minor cut on a healthy individual heals on its own. And if a person's finger is completely lobbed off, severed tissues may reattach with mending. But if decapitated, there's no hope of growing a new head. Not so with planarians.

A decapitated planarian can regenerate a new head and a new brain, adapting regrown tissue to the precise size and shape needed. However, the signals that control the animal's adult stem cells, causing them to divide and produce new tissues, are not understood, Beane says.

"We want to understand why they regenerate proportionally in hopes this will help us understand other species and human regeneration." 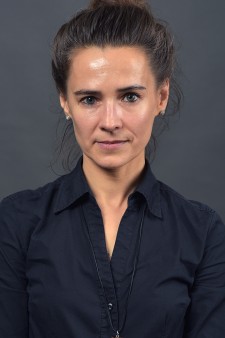 Litvinova explains that low-energy nuclear physics has entered a new era with the advent of facilities that provide beams of radioactive, or unstable, atomic nuclei.

"Collecting experimental information about such exotic systems plays a key role for understanding the elemental composition of the universe and for predicting the evolution of stars and galaxies," she says.

"Nuclear theory is another important source of information about exotic nuclei, which are not accessible experimentally, but needed for a complete picture of the universe."

However, in spite of the many advances made in decades of research, a global high-precision theory for the description of structural properties of nuclei is still a challenge.

"The presently available approaches to nuclear structure have constraints, such as limited applicability or a restricted treatment of complex nuclear dynamics, or correlations, which are crucial for the precision of the theoretical description. This project addresses both issues by implementing novel ideas about nuclear dynamics and by benchmarking the theory with newest experimental data," she says. 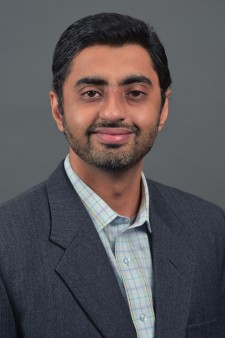 Saeed specializes in high-performance, high-speed computer algorithms designed to break down big data sets into discernible, actionable information. He has a particular interest in working with biological data.

Based in the College of Engineering and Applied Sciences, the researcher is an assistant professor in two departments—computer science and electrical and computer engineering. He also directs the college’s Parallel Computing and Data Science laboratory.

Saeed's $500,000 CAREER grant supports his work to develop computer algorithms capable of analyzing massive amounts of genomic and proteomic data—information on genes and proteins—more efficiently than any previous techniques. He and his team also are designing architecture with the capacity to store, manage and transfer these massive data sets.

What the algorithmic tools uncover about genes and proteins could advance drug development and personalized medicine.

"If you are able to profile genomes and proteomes at the individual level, we are able to very specifically know what diseases you might be prone to and what are the things we can do to make sure you do not get those diseases."