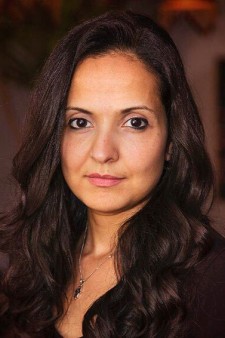 KALAMAZOO, Mich.—A former journalist who now is a senior crisis advisor for Amnesty International will team up with four Western Michigan University-connected panelists Saturday, Nov. 11, for a discussion of fake news.

The event, "Fake News—Falsehoods and Bigotry and What Can Be Done," is set for 7 p.m. in the Bernhard Center's West Ballroom on WMU's Main Campus. Organized as a fundraiser, it is open to the public with a suggested donation of $10.

The discussion is part of the 2017 PeaceJam Slam, a daylong event for participating high school and college students that kicks off Great Lakes PeaceJam's new program year. This year's slam is focusing on the theme "Power To the Press: Watchdogs of Democracy" and will engage students in topics such as fake news, media analysis, independent and outlier voices, and youth participation.

The featured panelist will be Rawya Rageh, a senior crisis advisor for Amnesty International tasked with investigating war crimes and human rights abuses during crises. Her work with Amnesty International has included documenting violations in Syria and the Philippines, as well as the impact of President Trump's immigration-related executive order.

Rageh previously was a journalist for 15 years, covering the Middle East and Africa for the Associated Press and Al Jazeera English. Her work included covering the aftermath of 9/11 in the Middle East, Iraq War, conflict in Darfur, Arab uprisings and their aftermath, and impact of the violence by the African armed groups, Boko Haram and al-Shabab.

Preceding the panel discussion will be a March for Racial Equity from 2 to 4 p.m. starting from the Bernhard Center. The public is invited to join PeaceJam students for this demonstration promoting racial equity.

Marchers will stop at the corner of Stadium Drive and Michigan Avenue to hear from representatives of area racial equity advocacy groups, including Elisheva, Movimiento Consecha Kzoo, Protest for Native Rights and See Change. In keeping with the slam's theme, PeaceJam students will be tasked with reporting on the demonstration via social media so the march and its message has greater impact.

Panelists will explore the prevalence and impact of fake news, as well as issues related to accurate and equal representation in journalism. They will examine questions such as, whose stories are told, whose stories are ignored, and how does religion, gender and skin color affect people's portrayal by the media?

Participating along with Rageh will be four WMU-connected panelists:

The discussion will conclude with a question-and-answer period and is a fundraiser for Great Lakes PeaceJam. A $10 donation at the door is suggested. All proceeds will support PeaceJam's work.

Great Lakes PeaceJam is an affiliate of the international PeaceJam organization, which is a global leader in developing engaged, informed and compassionate young leaders. Its mission is to empower disenfranchised and at-risk youth to generate positive change in themselves, their communities and the world through the inspiration of 13 Nobel Peace Laureates who directly work with PeaceJam.

The Great Lakes affiliate is based in Kalamazoo and administered by Seeding Change. It serves the youth of Indiana, Illinois, Ohio and Michigan. Major funding comes from the Kalamazoo Community Foundation, Irving S. Gilmore Foundation, and individual donors and sponsorships.