KALAMAZOO, Mich.—The renovation of Western Michigan University's historic Heritage Hall has been recognized by ASHRAE, a global society of building engineers, to receive the organization's 2018 Award of Engineering Excellence, an honor bestowed upon international building projects only five times over the past 30 years. 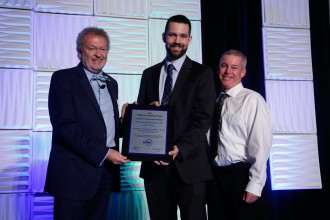 At an annual meeting in Chicago in January, ASHRAE named two engineers from West Michigan-based architecture and engineering firm, TowerPinkster, to be recipients of the top engineering award for their work in renovating the birthplace of the University. The two engineers—Jonathan Rumohr and Jesse Hendershot—are both WMU alumni and played critical roles as their company transformed the facility, originally opened in 1905, into its new role as the University's Heritage Hall Alumni Center.

ASHRAE created the Award of Engineering Excellence in 1989 to recognize a first-place winner of its Technology Award competition for outstanding application of innovative design and effective energy utilization. The recipient of the Award of Engineering Excellence must have demonstrated the best overall compliance with the judging criteria and be recognized as having gone above and beyond the judging panel's expectations. The Heritage Hall honor marks only the fifth time the award has been presented, with the last previous presentation made in 2014.

Bjorn Green, president and CEO of TowerPinkster, noted, "The University is very forward thinking and holds high standards for energy efficiency and sustainability. WMU leaders presented their vision of turning the oldest, most inefficient building on campus into the highest performing building while maintaining its historic character. Our team brought their vision to life. It is a truly remarkable transformation. Jon, Jesse, and the entire team’s design efforts were recognized above all entries around the world, bringing global attention to Heritage Hall and to WMU."

Heritage Hall underwent a 16-month renovation, reopening in October 2015. Renovation efforts transformed the original building from being the least energy efficient facility on campus to one of the most efficient and environmentally sophisticated buildings in Southwest Michigan. Before its renovation, the 53,000-square-foot Heritage Hall had no insulation or central cooling and utilized campus steam for heating. A series of chimneys throughout the building functioned only to permit fresh air to circulate. 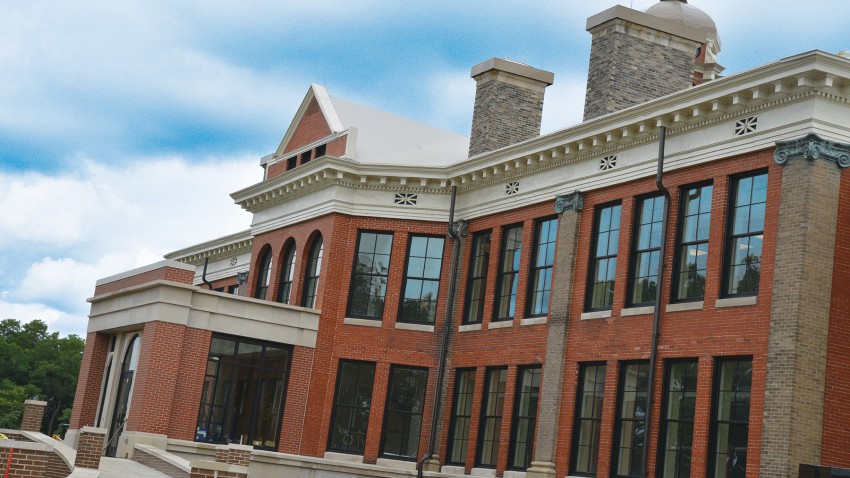 Today, the facility is heated and cooled by 56 geothermal wells using 50 percent less energy than more traditionally heated and cooled buildings. In addition, 100 percent of ventilation air goes through a heat-recovery unit. Energy efficient LED lighting was also installed leading to a 60 percent reduction in energy used for lighting. The renovation, which was acknowledged last year with LEED Platinum status, has been lauded with a number of other awards, including a 2016 Michigan Governor's Energy Excellence Award.

ASHRAE, founded in 1894, is a global society with 56,000 members in 132 countries dedicated to advancing human well-being through sustainable technology for the built environment. Doing business as ASHRAE since 2012, the organization grew out of the 1959 merger of two decades-old societies—the American Society of Heating and Air-Conditioning Engineers, founded in 1894, and the American Society of Refrigerating Engineers, founded in 1904.