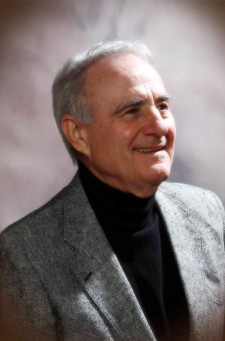 KALAMAZOO, Mich.—One of the largest, oldest and most successful high school choral festivals in the United States will be held on the campus of Western Michigan University Thursday, March 15. The 80th annual Southwestern Michigan Vocal Festival will draw participants from 19 southwest Michigan high schools and culminate in a 7 p.m. performance in WMU's Miller Auditorium. The concert is free and open to the public, and it will feature the 900-voice Festival Chorus nearly filling the first level of the auditorium.

Guest conductor Dr. Eph Ehly, professor emeritus at the University of Missouri-Kansas City Conservatory of Music, will lead the evening performance, which includes the large Festival Chorus as well as the select 66-member 2018 Honors Choir. Featured performances will be given by WMU's University Chorale and Gold Company.

The large Festival Chorus will perform four works including an arrangement of "This Little Light of Mine" by Mark Hayes, "Bogoroditse Devo" by Sergei Rachmaninoff, "Fare Thee Well Love" arranged by James Mulholland, and "Forever Music" by Mark Hayes.

Since its inception in 1935, the Southwestern Michigan Vocal Festival has been dedicated to providing an experience in mass singing of good repertoire under the leadership of an inspiring conductor. Each year a noted guest conductor is invited to work with select students in a fall workshop and conduct the day-long festival in March. This year's guest conductor, Ehly, has conducted the festival on three previous occasions. Biographical information and a photograph of Ehly can be found on the festival's website at www.wmich.edu/music/festivals/swmvf. 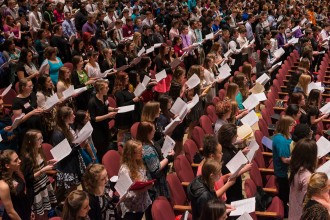 High schools that qualified to participate in this year's festival and their directors are: