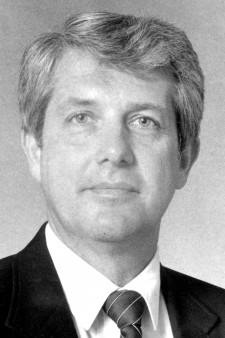 Miller joined the faculty in 1963 and retired in 1996 after 33 years of service to the University. During his WMU career, he accepted several roles in addition to those of teacher and coach.

They included serving at various times as coordinator of the general physical education program, advisor for the physical education major's professional coaching emphasis and the radio football analyst for the Bronco Football Network.

Miller received WMU's W Club Man of the Year Award in 1992. He was active on campus, chairing or serving on several committees for his department. In addition, he played football for the University as an undergraduate.

Service information has not been published.