Climate change and its relationship to natural disasters to be discussed 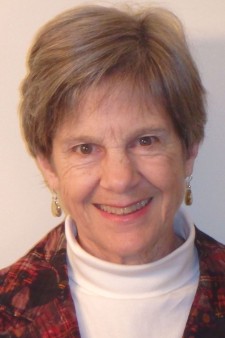 KALAMAZOO, Mich.—Preparing for future natural disasters by responding to and anticipating changing climates is the topic of a lecture at 3 p.m. Friday, March 16, on the campus of Western Michigan University.

Dr. Carol P. Harden, former president of the Association of American Geographers, will give a free, public talk on "More Disasters or a More Sustainable Future? Challenges and Opportunities of Climate Change" in 2119 Wood Hall.

Dramatic environmental changes have demonstrated that the future once thought of as distant is approaching more rapidly than expected. In particular, extreme events continue to surprise mankind and cost us dearly, Harden argues. Specifically, she will examine several recent natural disasters through a lens of natural hazards geography and consider ways in which the challenges of disaster reduction may differ in the future. A major challenge is accepting the need to prepare for a future that differs from the past. This approach presents opportunities to fix other problems, too.

By integrating natural and social science, and through many forms of geospatial and geographical analysis, geographers have much to contribute to new visions of and pathways toward a more sustainable future, she says.

Harden's field-based research, primarily in the Ecuadorian Andes and the southern Appalachian Mountains, has examined human agency in geomorphology and explored feedback between anthropogenic and geomorphic systems, including the effects of land-use change on soil moisture and soil carbon. Much of her research has focused on watershed processes, particularly soil erosion, landslides and the movement of water and sediment through mountain watersheds.

Harden is a fellow of the American Association for the Advancement of Science and a former Fulbright researcher. She served as president from 2009 to 2010 of the Association of American Geographers, has been editor-in-chief of Physical Geography since 2011, and currently chairs the Geographical Sciences Committee of the U.S. National Academies of Science, Engineering, and Medicine. Her work has been recognized with career awards from the Mountain Geography specialty group, the Geomorphology specialty group, and the Southeastern Division of the Association of American Geographers, as well by as the University of Tennessee. She holds a bachelor's degree in environmental studies/ecology from Middlebury College and master's and doctoral degrees in geography from the University of Colorado, Boulder.