Poet, advocate for undocumented writers is next Frostic speaker

Castilo, the author of "Cenzontle," "Dulce" and "Children of the Land," will read during a free public event in 2452 Knauss Hall.  In addition to being an essayist and award-winning poet, Castilo is an advocate for undocumented writers. 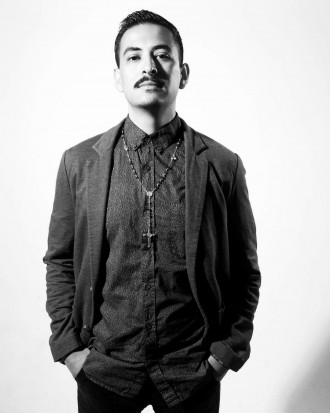 In 2015, he became a founding member of the Undocupoets campaign, which protested and was instrumental in eliminating publishers' exclusion of undocumented writers from eligibility for most first-book contests.

Castilo noted in an essay about his own writing that in his early career he wrote "safe" poems as part of his attempt to remain invisible. His activism, he said in the same Buzfeed essay, came from wanting other young writers to know that "what they have is beautiful and that their work is important because it stems from them and not from what they read in the white canon."

Castilo has won fellowships from CantoMundo, the Squaw Valley Writer's Conference and the Vermont Studio Center, and he has taught at the Atlantic Center for the Arts. His chapbook "Dulce" was the winner of the 2017 Drinking Gourd Poetry Prize. He also won the 2017 A. Poulin, Jr. Prize and a Barnes and Noble Writers for Writers Award.