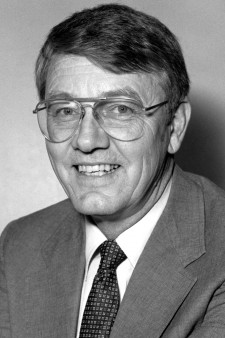 Dr. Charles "Chuck" M. Woodliff, a professor emeritus of instructional communication and former director of what used to be the Division of Academic Services, died March 17. He was 87.

Woodliff, of Boulder City, Nevada, joined the staff in 1967 and retired in 1989 after 22 years of service to the University.

In his administrative role, he directed a division that at the time encompassed WMU's public radio station, WMUK, and library system as well as areas such as instructional development, the media lab and audio-visual equipment, microcomputer services, television services, and production services.

Woodliff was active in WMU's Faculty Senate and served on the National Society of Professionals in Telecommunications Board of Directors. He also was involved in civic affairs and at one point, ran for election to the Kalamazoo Valley Community College Board of Trustees.