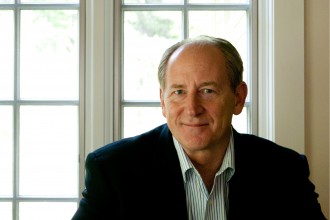 KALAMAZOO, Mich.—"Why We Don't Have a Peace Memorial: The Vietnam War and the Distorted Memory of Dissent" is the topic of a speech at 7 p.m. Thursday, March 29, on the campus of Western Michigan University.

Author Dr. Christian G. Appy, professor of history at the University of Massachusetts, Amherst, will speak at the free and open event in 1028 Brown Hall.

The event is the Ethics Center's annual Winnie Veenstra Peace Lecture and is co-sponsored by the Southwest Michigan Educational Initiative on the East Indian Ocean, Haenicke Institute for Global Education, Department of History, Department of Sociology and Kalamazoo Nonviolent Opponents of War or KNOW. This lecture is approved for WMU Signature credit.

Although the Vietnam War was deeply unpopular, the United States has not honored the memory of the millions of Americans whose anti-war activism exposed that war's troubling realities and the false claims upon which it was based. Appy questions why the most diverse and vibrant peace movement in United States history has been forgotten and belittled. He believes the primary reason is the successful effort to resuscitate American exceptionalism. Part of that campaign vilified the Vietnam-era anti-war movement while also promoting a broad and reflexive admiration for the military and military service, he says.

Appy recently received the Chancellor's Medal and the Distinguished Teaching Award at the University of Massachusetts, Amherst. He is the author of "American Reckoning: The Vietnam War and Our National Identity," "Patriots: The Vietnam War Remembered from All Sides," "Working-Class War: American Combat Soldiers and Vietnam," and the editor of "Cold War Constructions: The Political Culture of United States Imperialism, 1945-1966." He is currently working on a book about the impact of nuclear weapons on American culture, politics and foreign policy since World War II.