The four are among 258 students from 64 higher education institutions selected for the program, which is designed to empower students to become agents of change on their own campuses and ensure their peers gain the knowledge, skills and attitudes required to compete and make an impact on the economy of the future.

WMU's 2018 University Innovation Fellows, who have just returned from a March 15-19 meetup in Silicon Valley, are: 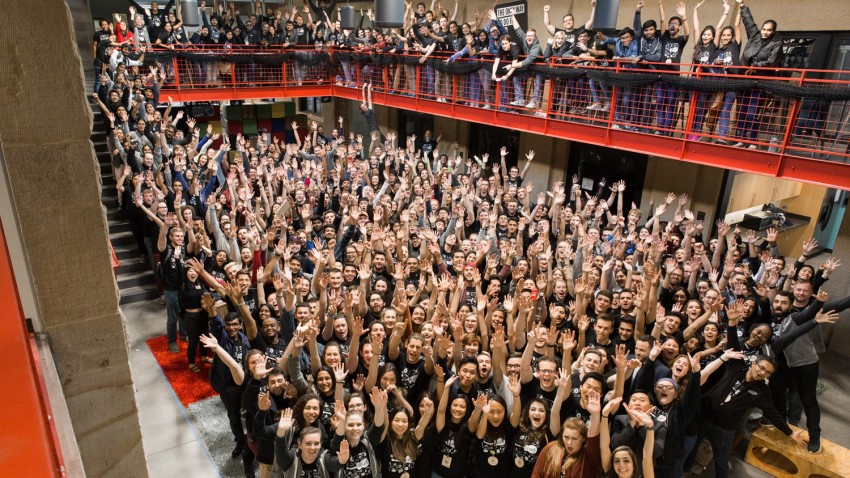 Fellows are sponsored by faculty and administrators as individuals or teams of students, and selected through an application process each year. Following acceptance into the program, schools fund the students to go through six weeks of online training and travel to the University Innovation Fellows Silicon Valley Meetup. Throughout the year, fellows take part in events and conferences and have opportunities to learn from one another, Stanford mentors and leaders in academia and industry.

"We believe students can help accelerate the pace of change in higher education," says Humera Fasihuddin, co-director of the University Innovation Fellows program. "They have creative ideas and are very resourceful. With proper training and mentorship, they are initiating positive lasting changes at their schools and making a difference in the lives of their peers."

Applicants were asked to set their innovation priorities and goals for their first year as part of the program. The WMU students laid out a plan to make the campus culture more entrepreneurial. Their goals include supporting and growing the Innovation Club and making more campus lab space available for student innovation, encouraging more interdisciplinary teamwork across the campus, and focusing on innovation within established companies rather than just startups. The team also wants to focus on informing students about opportunities already available to them.

The WMU University Innovation Fellows produced a "pitch video" as part of the application process. That video can be viewed at youtube.com/watch?v=Wu9ascKu2oI. The Silicon Valley Meetup the students attended in March brought them together with some fellows trained in spring 2018. During this gathering, fellows took part in immersive experiences at Stanford's design school and at Google. They also worked with leaders in education and industry, and they participated in experiential workshops and exercises focused on such topics as movement building, innovation spaces, the design of learning experiences and new models for change in higher education.

This is the second year WMU has had multiple students selected for the program. The University's 2017 fellows, Nathan Lawarre, a computer engineering major, and Jill Puckett, an advertising and promotion major, were selected to be among 24 earlier fellows charged with being event leaders for the March 15-19 event in Silicon Valley. They gave presentations on their own UIF work to all attendees, modeling for the new fellows the kind of impact they can have at their own schools. Additionally, they led and mentored teams of fellows from different areas of the world.