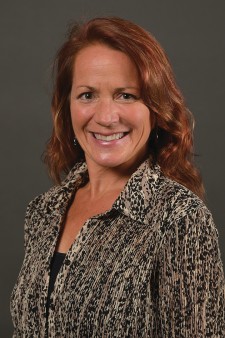 KALAMAZOO, Mich.—Western Michigan University's Dr. Jennifer Machiorlatti is the co-producer of a film chosen for this year's Grand Rapids Film Festival that will take place Friday through Sunday, April 13-15.

A screening of "Peace During War," a documentary about forgiveness and mentoring youth, will be part of a selection of Transformational Films that start screening at 7 p.m. Saturday at the Wealthy Theatre, 1130 Wealthy St. SE. Co-produced by Machiorlatti, professor of communication, and Yafinceio Harris and Michael Wilder, the film is a 16-minute documentary about two former gang members who not only found their way to forgive each other, but then established Peace During War, a mentoring program for youth in Kalamazoo.

This inspiring story is an example of how working together can change the lives of at-risk youth, and inspire all youth to stay motivated, get an education and strive to be allies rather than enemies.

Funded by the Fetzer Institute in partnership with the FORUM of Greater Kalamazoo, and with additional support from WMU, the film is one of 38 to be exhibited on two screens that day from noon to 11 p.m. All time blocks will have filmmakers present for question-and-answer sessions. Harris and Wilder will be at their session. Tickets are $5 per block of films.