Nobel laureate to give talk on peace building, women's rights 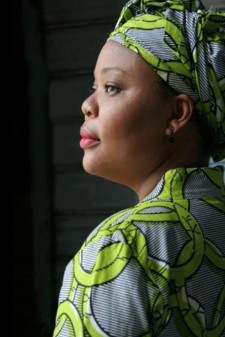 KALAMAZOO, Mich.—A Liberian peace activist who helped bring an end to the second Liberian civil war in 2003 will present a public address at 7 p.m. Friday, April 13, in the South Ballroom of Western Michigan University's Bernhard Center.

Nobel Peace Laureate Leymah Gbowee (pronounced LAY-Ma BO-wee) will give a talk titled "It's Time for Women to Stop Being Politely Angry." Organized as a fundraiser, the event is open to the public with a suggested donation of $15 and will be preceded by a Nobel Reception.

Gbowee will be in Kalamazoo to lead the annual Great Lakes PeaceJam youth conference, which is being held Saturday and Sunday, April 14-15, at WMU. More than 300 elementary, high school and college-age youths from Michigan, Illinois, Indiana and Ohio will join her for the two-day gathering.

WMU President Edward Montgomery will be attending the Nobel Reception and giving the welcome prior to Gbowee's talk. WMU Interim Provost Susan R. Stapleton will give the welcome for the short program that will take place at 6 p.m. during the reception.

PeaceJam's public activities take place Friday in the Bernhard Center's South Ballroom. They will begin with a reception for Gbowee at 5:30 p.m. The $50 per-person admission includes an opportunity to meet Gbowee as well as hors d'oeuvres, a cash bar and entry to the public address.

The address starts at 7 p.m. and will give attendees an opportunity to learn about Gbowee's nonviolent struggle for the safety of women and for women's rights to full participation in peace-building work. A question-and-answer session will follow her speech.

Gbowee was born in central Liberia in 1972 and received the Nobel Peace Prize in 2011. She was living in the nation's capital, Monrovia, when the First Liberian Civil War erupted. Witnessing the effects of war on Liberians, she decided to train as a trauma counselor to treat former child soldiers.

A second civil war broke out in 1999 and brought systematic rape and brutality to an already war-weary Liberia. Responding to the conflict, Gbowee mobilized an interreligious coalition of Christian and Muslim women and organized the Women of Liberia Mass Action for Peace movement.

Through her leadership, thousands of women staged pray-ins and nonviolent protests demanding reconciliation and the resuscitation of high-level peace talks. The pressure pushed President Charles Taylor into exile and smoothed the path for the 2006 election of Ellen Johnson Sirleaf as Africa's first female head of state. 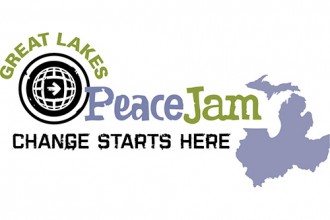 Great Lakes PeaceJam is an affiliate of the international PeaceJam organization, which is a global leader in developing engaged, informed and compassionate young leaders. Its mission is to empower disenfranchised and at-risk youth to generate positive change in themselves, their communities and the world through the inspiration of more than a dozen Nobel Peace Laureates who directly work with PeaceJam.

The affiliate's annual conference is one component of its year-round programming for the region's K-12 students, college students and incarcerated youth. This year's conference is being held in partnership with five co-presenting Kalamazoo sponsors, the Interfaith Strategy for Advocacy & Action in the Community, NAACP, Planned Parenthood, the Society for History and Racial Equity, and YWCA.

Participating young people have been meeting in clubs and classrooms, exploring issues of violence and prejudice and studying the life and work of Gbowee as a role model for becoming civically engaged to foster peace and justice in the world. They also have been charged with identifying a local or global need and creating a service project to make a difference, and each club will present its work to Gbowee during the conference.

Great Lakes PeaceJam, based in Kalamazoo and established in 2001, is administered by Seeding Change and supported through a partnership with WMU. Funding comes from such organizations as the Kalamazoo Community Foundation, Irving S. Gilmore Foundation, Youth United Way and Western Student Association as well as the generosity of individual donors and businesses.

For more information about the organization, visit wmich.edu/education/peacejam. Direct conference questions to Jennifer Stroven, vice president of the Seeding Change board, at jen.stroven@gmail.com or (269) 598-0686.