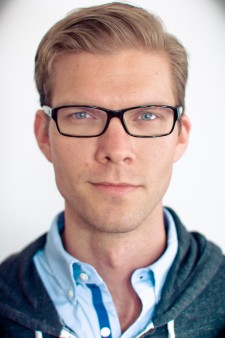 KALAMAZOO, Mich.—The Western Michigan University School of Music's 50th annual Spring Conference is coming to Miller Auditorium at 7:30 p.m. Thursday, April 19. Spring Conference is a daylong event presented each year to promote the performance, understanding and composition of quality wind and percussion music. The event is free and is open to the public.

Each year the festival focuses on a guest composer and conductor whose works are featured during the conference. This year's featured artist is composer Michael Markowski.

The conference will conclude with an evening performance beginning at 7:30 p.m. in Miller Auditorium. The concert will feature performances by the WMU Symphonic Band, conducted by Scott Boerma, and the 123-member Michael Markowski All-Star Band. Students from 48 Michigan high schools were nominated by their band directors for the honor of performing in this band. Traditionally, more than 90 percent of this ensemble's membership is awarded to musicians who hold first-chair-player positions in their own high school bands.

Four Markowski band works will be performed at this year's conference, including a world premiere. Three Rivers will present "Shadow Rituals" during its 1 p.m. concert; Portage Central has programmed "Joyride" for its 2:45 p.m. performance. The evening concert will feature two Markowski works: "Amor Fati (Love of Fate)," performed by the University Symphonic Band, and "Reckoning," performed by the Michael Markowski High School All-Star Band. The performance of Markowski's "Amor Fati" is the world premiere of the piece, which was commissioned by the alumni and current members of WMU's Delta Iota Chapter of Phi Mu Alpha Sinfonia national music fraternity.

In 2010, Markowski graduated magna cum laude with a Bachelor of Arts degree in film practices from Arizona State University. While he never studied music in college, he did study privately with his mentors, Jon Gomez and Dr. Karl Schindler, and has continued his education by participating in a number of extracurricular programs, such as the Art of Orchestration with Steven Scott Smalley, the National Band Association's Young Composer and Conductor Mentorship Project, and the NYU/ASCAP Foundation's Film Scoring Workshop, where he was named one of ASCAP's Film & TV "Composers to Watch."  Most recently, Markowski was invited to join the BMI Lehman Engel Musical Theatre Workshop as a composer and lyricist.

"Shadow Rituals," one of Markowski's first works for concert band, was awarded first prize in Manhattan Beach Music's Frank Ticheli Composition Contest in 2006. Over the last 10 years, Markowski has composed nearly 25 original works for wind band, nine of which were recently recorded in collaboration with the Brooklyn Wind Symphony, now available on iTunes. "Joyride for Orchestra" won the Arizona Musicfest's young composer fanfare competition, and "You Are Cordially Invited" won a fanfare competition with the Dallas Wind Symphony.

He has received commissions from a number of organizations including the College Band Directors National Association, the Consortium for the Advancement of Wind Band Literature, the Lesbian and Gay Band Association, the Duke Medicine Orchestra, the Florida Music Educator's Association, and has received performances from the United States Air Force bands, The Phoenix Symphony, the Arizona Musicfest Symphony Orchestra, and from hundreds of bands around the world. He has been the composer-in-residence for the Music for All organization, the Mid Europe international wind band festival in Schladming, Austria, and frequently visits junior high schools, high schools, universities, and community bands around the country to share stories about his music. Markowski is a member of ASCAP, the Society of Composers and Lyricists, and currently lives in Brooklyn, New York.

In an effort to enhance the safety of patrons, Miller Auditorium has adopted a bag policy consistent with those being implemented at performing arts centers across the nation. Bags and purses should be no larger than 4.5 inches by 6.5 inches or approximately the size of small handbag or clutch purse. Anything larger may be subject to search, and patrons may be asked to return larger bags to their vehicles. Backpacks of any kind are strictly prohibited. Direct questions regarding the bag policy or Miller Auditorium tickets to the Miller Auditorium Ticket Office at (269) 387-2300 or (800) 228-9858.