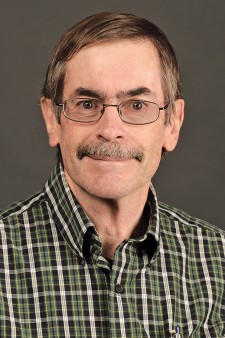 The unusual publications are among just over 500 such publications in the GSA's 130-year history. Both WMU-related volumes were published in April, making the recognition even more unusual. The two publications each contain multiple papers or "chapters" focused on a single topic. They are: 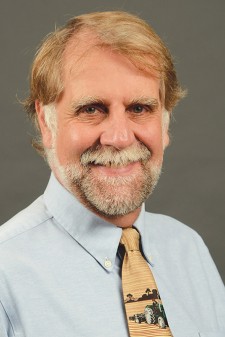 Kehew says the publication of a single special paper by GSA is considered a major accolade for both a researcher and his or her department. The fact that two from the same department have been published at the same time is extraordinary. Such GSA publication begins with an invitation from an associate editor at the society to submit a proposal on a topic.

For the Great Lakes volume, Kehew says, that invitation followed a 2015 symposium in Wisconsin that was held to mark the 100th anniversary of a famous U.S. Geological Survey monograph on the glacial geology of the Great Lakes. Following the 2015 symposium, Kehew and his co-editor were asked to compile a volume on the discovery that has taken place since that original publication.

The result is a publication with three of the 12 chapters focusing on work done at WMU. The remaining nine chapters came from colleagues elsewhere in Michigan and from Wisconsin, Illinois, New York and Ohio. The triggering symposium, Kehew notes, was sponsored by the Great Lakes Geologic Mapping Coalition, which is made up of the geological surveys in each of the states. Since 2011, WMU has been home to the Michigan Geological Survey.

Harrison, one of the editors on the Michigan Basin volume, says for his group, the request was to compile a volume that focused on discovery that grew out of WMU's research done through the Michigan Basin Core Research Laboratory on campus that catalogs the state's geology through its extensive collection of cores from the drilling of water, oil and gas wells.  Harrison directs that facility. 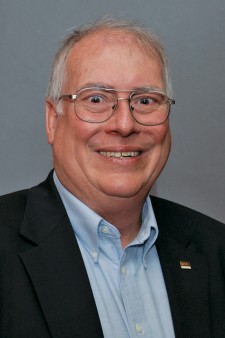 The invitation led them to propose a work based primarily on research by WMU graduate students over the past decade for which the three editors were also co-authors. Of the volume's 15 topics, or chapters, all but two grew out of work at WMU.

For the editors of both volumes, the task required them to arrange for peer reviewers to review each chapter before submitting them to the GSA for additional review and suggestions.  The entire process was three years long for the Great Lakes volume and two for the Michigan Basin publication.

The Geological Society of America

The Geological Society of America is a global professional society with a growing membership of more than 26,000 individuals in 115 countries. GSA provides access to elements that are essential to the professional growth of earth scientists at all levels of expertise and from all sectors: academic, government, business and industry. The society unites thousands of earth scientists from every corner of the globe in a common purpose to study the mysteries of the planet and beyond and to share scientific findings.