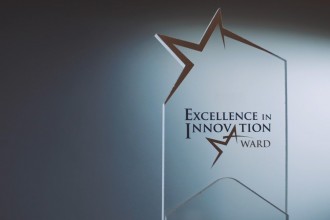 KALAMAZOO, Mich.—The Honor Society of Phi Kappa Phi—the nation's oldest and most selective collegiate honor society for all academic disciplines—has announced Western Michigan University as the 2018 recipient of its Excellence in Innovation Award.

The $100,000 award, given biennially, recognizes WMU for achievement in finding a powerful solution to expanding higher education opportunities through its Seita Scholars Program.

"Phi Kappa Phi is proud to recognize Western Michigan University for its innovative Seita Scholars Program," said Society Executive Director Dr. Mary Todd. "By lifting up an under-represented population—young people who have aged out of foster care—the University has transformed lives and offered hope to individuals who may never have dreamed a college degree was within reach."

Established in 2008 as a signature initiative of WMU, the Seita Scholars Program is a comprehensive support system that aims to increase successful outcomes among young adults who have aged out of the foster care system in the state of Michigan. Scholars of the program receive a scholarship, year-round on-campus housing and one-on-one campus coaching for academic and personal support throughout their collegiate career.

Expanding on the success of the Seita Scholars Program, WMU established the Center for Fostering Success in 2012. The center conducts research on foster care and higher education and has trained campus coaches for foster youth in nine states. The center is also the home base for a statewide network—Fostering Success Michigan—that focuses on disseminating best practices and supporting other colleges and universities as they provide opportunities to former foster care youth.

WMU, on behalf of its efforts through the Seita Scholars Program and Center for Fostering Success, was selected as the 2018 recipient of the Excellence in Innovation Award by a jury of emeritus college and university presidents during a two-part screening process. The University was first chosen as one of six semifinalists before advancing as one of three finalists. The pool of entries represented inventive, multifaceted projects at institutions across the United States. Each institution was assessed on its project's ability to achieve meaningful, measurable outcomes to create systemic large-scale change.

"We are enormously pleased that Phi Kappa Phi has recognized both the innovative nature and the impact of our Seita Scholars Program," said Dr. Edward Montgomery, president of WMU. "Our Seita Scholars Program has made a real difference in the lives of an amazingly resilient group of young people here on our campus. Through this program, we've learned to rethink student support systems in a way that can be adapted by college and university communities around the nation. We are indebted to our staff and faculty who work alongside these students to make a real difference."

Since accepting its first class of former foster care youth in fall 2008, WMU's Seita Scholars Program has grown into the nation's largest and most comprehensive outreach program for young people who have aged out of foster care. The program is named after Dr. John Seita a three-degree WMU alumnus who is a national advocate for foster care youth and whose personal story inspired program founders.

Today, about 150 former foster-care youth are at home on the WMU campus and working toward their degrees. By the time the program hits its 10-year anniversary in September, it will have nearly 150 graduates.

Founded in 1897 at the University of Maine, Phi Kappa Phi annually inducts approximately 30,000 students, faculty, professional staff and alumni. The society has chapters at more than 300 select colleges and universities in North America and the Philippines. Membership is by invitation only to the top 10 percent of seniors and graduate students and 7.5 percent of juniors. Faculty, professional staff and alumni who have achieved scholarly distinction also qualify. The society's mission is "To recognize and promote academic excellence in all fields of higher education and to engage the community of scholars in service to others."