Davis to take reins of university relations for coming months 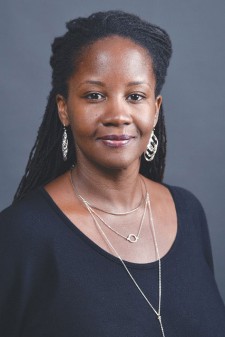 Davis will oversee the University's central office that is charged with internal and external communication, marketing, brand management, graphic design, photography and web development. Her interim appointment comes as the office transitions to new leadership. The University is concluding its search for a new vice president for marketing and strategic communication and is expected to announce the identity of that new executive in the coming days.

A longtime Kalamazoo resident, Davis has worked at WMU since 2012, serving as editor of the University's quarterly magazine and working on a number of additional University initiatives. Prior to joining the WMU staff, she was employed for 13 years as a reporter for the Kalamazoo Gazette, which is part of the MLive publication group. For the final seven years of her tenure with the Gazette, she covered higher education and wrote extensively about WMU.

The West Michigan native earned an associate degree from Grand Rapids Community College before continuing on to earn a bachelor's degree in journalism from Wayne State University in 1998. Before joining the Gazette in 1998, Davis gained experience reporting for the Austin (Texas) American-Statesman and for Crain's Detroit Business. She also worked for the Detroit Public Schools in its media relations office.

Davis replaces Cheryl P. Roland, who will retire May 31 after more than 30 years at WMU.