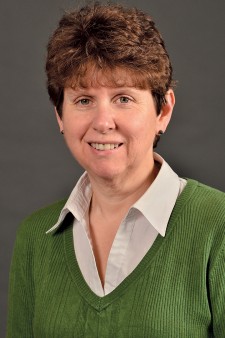 For the series installment titled "10 Streets That Changed America," PBS tapped Lynn Houghton of WMU's Archives and Regional History Collections for her knowledge about the Kalamazoo Mall, the first downtown pedestrian mall in America.

Houghton says producers were interested in the uniqueness of the mall, which was originally developed in 1959 as a shopping district on a two-block stretch of Burdick Street closed to vehicle traffic.

"They were interested primarily in the reasons why the decision was made by government and business leaders to do something that had never been done in the United States previously. We not only discussed this but also how the mall has changed," she says.

Tuesday's program, which also features Woodward Avenue in Detroit, is described as an exploration of "how streets have connected the nation, divided communities, and changed the way Americans live, work, and shop." 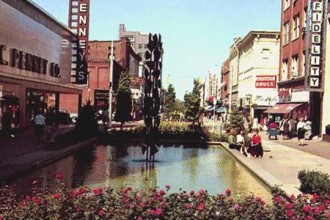 The Kalamazoo Mall was created almost 60 years ago to lure more residents to the city's central business district. Houghton says that along with the mall's historical importance, another notable factor is the designer behind it, the late nationally and internationally known architect and designer Victor Gruen.