WMU College of Education and Human Development and BHAS officials expect to collaborate on a number of school-improvement initiatives.

Proposed measures include stationing a WMU school-transformation specialist at the district to provide expertise and to coordinate projects on site.

The college's dean, Dr. Ming Li, says that WMU can also provide enhanced professional development for teachers and recruit and train up a cadre of additional highly qualified professionals to teach in critical areas of need, particularly mathematics, science and special education.

Replicating a partnership with a Kalamazoo elementary school, the dean says the college's counselor education and counseling psychology program could also offer social, emotional and psychological services to BHAS students. 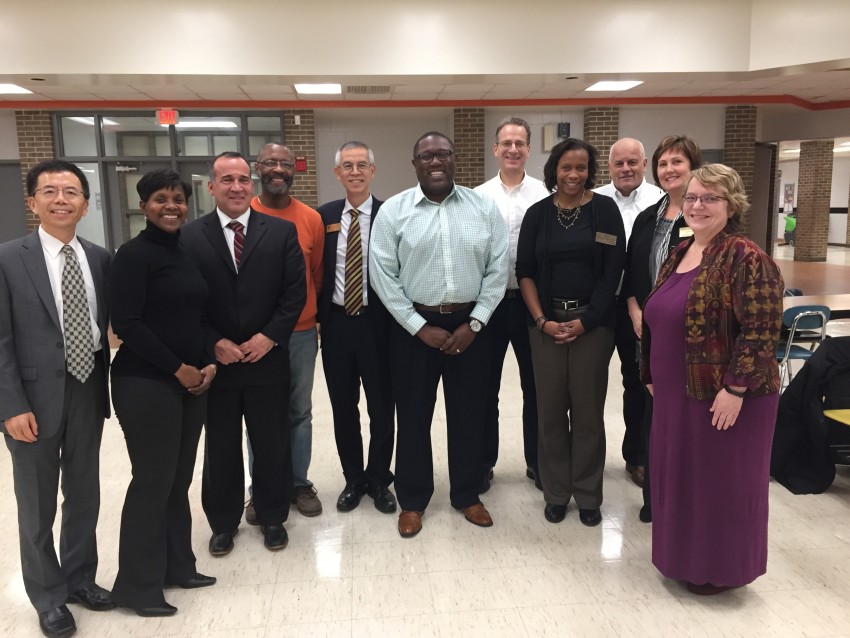 In 2017, the district entered into a school-improvement agreement with the state of Michigan. The district leaders have been reorganizing and developing initiatives aimed at improving student outcomes.

This past summer, the BHAS school board approved the appointment of Herrera, who is advised by the board and reports to Michigan's School Reform Office. State officials also recently released the district from a financial consent agreement imposed in 2014 due to the district's high debt. And now BHAS leadership is engaging WMU's education college to assist with strengthening high-quality academic programming.

"Benton Harbor school leaders and teachers are working hard to foster student achievement," Li says. "To help advance those efforts and bring about lasting change, WMU is delighted to contribute its expertise in school reform and teacher preparation."

WMU has a considerable history of working in Benton Harbor and the surrounding area, including by offering graduate courses to area teachers and supporting elementary education majors.

"BHAS is one of our partner districts," Li says. "We have long placed interns in Benton Harbor Area Schools. And through grant programs, we have been engaged in literacy initiatives with the school system. We also have supported and advised program development at the district's MLK STEAM Academy and partnered with the district as a site for the Woodrow Wilson Michigan Teaching Fellowship program."

Under this new partnership, the dean says the education college also wants to assist BHAS leaders in rebuilding and expanding its career and technical education programming.

"I look forward to working with the WMU staff and seeing our future successes," Herrera says.