KALAMAZOO, Mich.—For the second time in the University's history, the Western Michigan University football team has been invited to play in the Famous Idaho Potato Bowl.

Learn more about the game, watch parties and other information at Bowl Central. 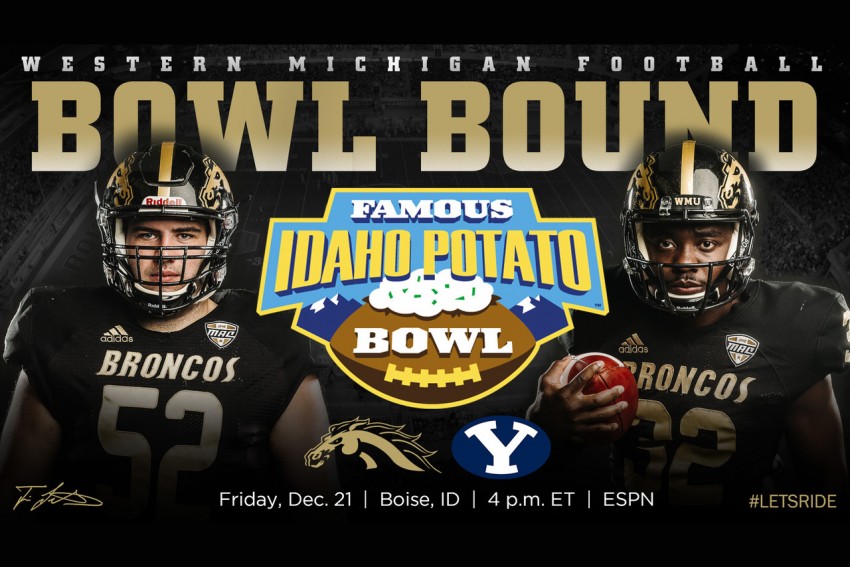 "We are extremely excited to be invited and accept an invitation to play in the 2018 Famous Idaho Potato Bowl," WMU head coach Tim Lester said. "We know it is a first-class event and are gratified for the opportunity and to play on the famous blue turf."

This year, WMU's football team finished the regular season with a 7-5 overall and 5-3 MAC record.  The Broncos closed the conference season with a 28-21 win over MAC champion Northern Illinois University on Nov. 20.

Playing as an independent, the BYU team finished its regular season with a 6-6 record. BYU also faced off against Northern Illinois, falling 7-6 to the Huskies in late October.

When the Broncos clash with BYU later this month, it will be the sixth all-time meeting between the two teams. The teams met five times between 1962 and 1970. The Broncos have two wins in the all-time series, including in the last meeting, a 34-17 victory in Kalamazoo in 1970.