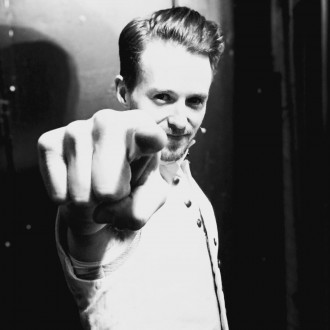 Mikey Winslow poses backstage during a performance of "Hamilton" on Broadway.

NEW YORK—A Western Michigan University graduate is dancing his way into the spotlight in one of the hottest shows on Broadway.

Mikey Winslow, who graduated in 2009 with a music theatre performance degree, joined the cast of "Hamilton" on Broadway in January.

Winslow is cast as a "swing." In this role, he is tasked with learning the vocal lines and choreography for the entire male ensemble.

He'll jump in, sometimes at a moment's notice, for those cast members who are unable to perform for reasons like illness, injury or vacation.

"It's a very important role, but it's not a role that often gets a lot of light shed on it because it's an off-stage role," says Winslow. "It's one of those jobs where, if you have the brain for it, it's really rewarding because you get to understand the show from a much larger perspective." 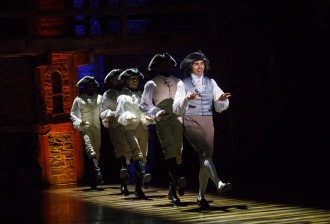 Members of the cast of "Hamilton" perform. (Courtesy: Joan Marcus)

Landing a role in "Hamilton" is impressive in itself. But Winslow's success in the show is an even larger accomplishment considering that less than a year ago he had a full hip replacement.

"This is huge, because it's a major dance show. We're dancing for basically three hours straight," says Winslow. "So, coming back after this recovery, which was a very trying time in my life…it just feels like the greatest gift."

Winslow attributes his success, in part, to his education.

"I learned individualism at Western. I found myself. I don't think I'd be the person I am today if I hadn't had that experience."

WMU is also where Winslow cultivated his work ethic, something he relies on constantly as a professional performer.

"That skill is so necessary, especially as a swing. Learning "Hamilton," I come home every night and do about two hours of homework to make sure that I really am prepared to jump in at a moment's notice. I'm constantly dancing around and doing the work. Luckily, I live in the basement. So, I can sing as loud as I want," Winslow laughs. 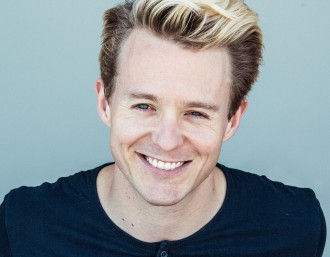 "It's that inspired work ethic that, if I hadn't had a taste for it and explored where to go with it back at Western, I don't know if I'd really have the ability to dig in like I am here."

His advice to current students hoping for a career in theatre?

"Diversify yourself," he says. "If it's a hobby, interest or passion of yours, practice it and get it so your skills are above average. Whether it's woodworking or guitar or unicycling; anything you can do to elevate your individuality and your skill sets above normal makes you more available as a performer."

Above all: be yourself.

"Western gives people an opportunity to find themselves as individuals and promote that," Winslow says. "I think it's a different thing that Western does and I think it's something to really lean into."

Winslow says WMU gave him the launching point he needed to succeed.

"It is always a great day to be a Bronco."