The 25th annual march and program to recognize Chávez is set for Friday, March 29. Meanwhile, the annual celebratory dinner to honor his memory as well as members of the region's Hispanic community is set for Saturday, March 30.

Elva Treviño Hart, an award-winning author, will give the keynote address during programs associated with both the march and dinner. (Due to an emergency, the scheduled speaker was forced to cancel. Graciously filling in will be Sonya M. Hernández, who will speak at the march and is a governor-appointed member of the Hispanic/Latino Commission of Michigan, and Lupe Ramos-Montigny, who will speak at the dinner and is an elected member of the Michigan State Board of Education.) 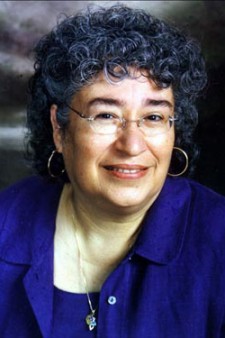 Those wishing to take part in the Kalamazoo César Chávez March will assemble at 9 a.m. at Bronson Park in downtown Kalamazoo for brief remarks and an organizing session. Participants will march to the Western Michigan University campus, disbursing at about 10:30 a.m. by the flagpoles near the Lee Honors College building.

The after-march program will take place in nearby Kanley Chapel. Seating is limited in the chapel.

The Chávez march staged in Kalamazoo is consistently one of the largest such marches in both West and southwest Michigan. The 2017 event drew some 700 area high school and college students and community members. This year's event sponsors include El Concilio Kalamazoo (formerly called the Hispanic American Council of Kalamazoo), several area school districts, and WMU's Division of Multicultural Affairs, Latino Student Alliance, Office of Diversity and Inclusion, and Western Student Association.

Called "Celebrating the Legacy of César E. Chávez," the 2019 dinner will mark the 13th time that the Division of Multicultural Affairs at WMU has joined with the Southwest Michigan Chávez Committee and area businesses to stage a banquet on or around Chávez's March 31 birthday. The event includes the presentation of regional awards and scholarships.

This year's event will be held on campus in the Fetzer Center and begin with a reception at 5 p.m. The dinner and program that follows will feature the keynote address and awards presentation. Proceeds from the fundraising dinner support nine $2,000 need-based César E. Chávez Committee of Southwest Michigan Scholarships that go to first-generation Michigan college or college-bound Hispanic students from southwest Michigan.

Reservations for the dinner, which costs $25 for students and $40 for others, are being encouraged by Tuesday, March 26, although attendees also may pay at the door. To make a reservation for the "Celebrating the Legacy" dinner, call (269) 387-4420. For more information, visit Chávez committee's website or contact WMU's Miguel Ramirez at miguel.ramirez@wmich.edu or (269) 387-3329. Free parking will be available in Lot 72F. Directions to WMU and campus maps are available online. 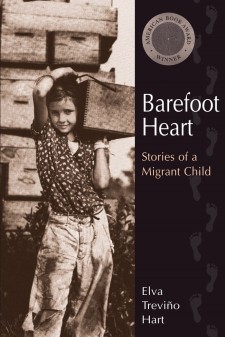 Hart was born in south Texas to Mexican immigrants and previously worked as a computer professional. She earned a bachelor's degree in theoretical mathematics from the University of Texas at Austin and a master's degree in computer science/engineering from Stanford University.

Of the three books she has written, portions of them have been widely anthologized. Her book "Barefoot Heart: Stories of a Migrant Child" won an Alex Award from the American Library Association as well as several other honors.

Hart has been interviewed multiple times on National Public Radio, and her speech at the Virginia Festival of the Book was recorded and televised nationally by "C-Span Book TV." She has several book projects in process, including a time-travel novel about her ancestors who lived on both sides of the Texas-Mexico border.