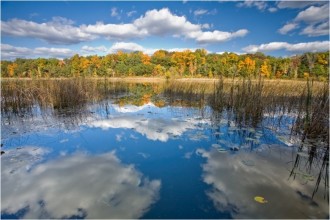 On Monday, April 22, 30 acres of prairie as well as 1 to 3 acres of wetland area will be burned, if weather conditions allow. This is an update on previously announced plans. Officials tentatively planned to ignite acres of prairie Monday and hadn't yet determined the timing for the wetland burn, but now both may go forward.

Prescribed burns are fires that are intentionally set and carefully managed. They are periodically necessary to maintain and promote the health of native vegetation. This year, the Kalamazoo city fire marshal has approved a burn permit in the Asylum Lake Preserve through May 31.

Plans call for up to 30 acres of prairie to be burned along Drake Road between the preserve's Drake Road parking lot and the entrance to WMU's Parkview Campus. In addition, up to 3 acres of wetland at the west end of Asylum Lake have also been designated for a prescribed burn to remove the remains of invasive Giant Reed vegetation that was controlled by spraying in previous seasons.

Copies of the burn permit and a description of the rational for the work are posted on the kiosks in both the Asylum Lake Preserve and the Kleinstuck Preserve, the University's other nature preserve. If weather conditions are not conducive for a burn yet this spring semester, the next window of opportunity will be as early as this coming September.

Steve Keto, WMU natural areas and preserves manager, says wind speed, relative humidity and many other conditions must be right for a burn to take place. Consequently, organizers wait until 24 hours before a scheduled burn to give the official go-ahead, and if it does, safety equipment is on hand for fire monitoring and control. 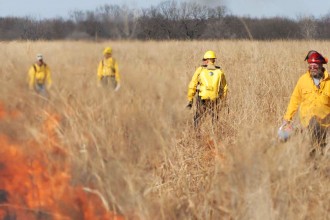 Burns are planned and executed to minimize the amount of smoke produced, and prior notice is given to people residing near the burn areas. Temporary "burn breaks" are created around the area to be burned to help manage the fire and delineate the burn site's exact boundaries.

Fire used to be a regular part of prairies, oak-hickory woodlands, certain wetlands and other native ecosystems in the Midwest, Keto says. Whether started by lightning or Native Americans, it stimulated various plant species to grow more vigorously and discouraged others that were not adapted to fire.

"We need to get back on track with our burn schedule and get the Kalamazoo community comfortable with this effective and efficient natural land management technique," Keto says. "Without regular burning, fire-adapted ecosystems are invaded by non-native plants and develop less native plant and animal diversity. Returning fire to a site gives the competitive advantage back to the native species and restores the site to its former ecological health."

To ensure safety and follow best management practices, Keto adds that the Asylum Lake Policy and Management Council has hired professional fire crews to manage the upcoming burns. The contractor for the marsh burn unit is Restoring Nature By Fire, owned and operated by Dave Borneman LLC of Ann Arbor. The prairie burn will be accomplished by PlantWise LLC, an ecological restoration company owned and operated by David Mindell, also of Ann Arbor.

Keto says having a professional burn boss for both habitat types means that experienced, insured professionals and the special equipment needed to pull off a burn can be mobilized quickly should the weather be favorable to schedule a prescribed burn.