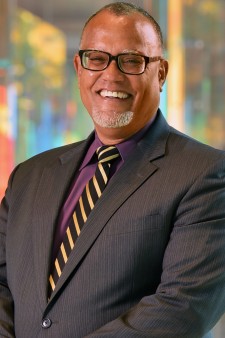 KALAMAZOO, Mich.--Western Michigan University President Edward Montgomery has been elected to the American Academy of Arts and Sciences, the academy announced today. He joins former first lady Michelle Obama and some 200 others recognized for outstanding achievements in academia, the arts, business, government and public affairs.

"We are pleased to recognize the excellence of our new members, celebrate their compelling accomplishments, and invite them to join the academy and contribute to its work," David W. Oxtoby, president of the American Academy of Arts and Sciences, said in a statement.

Montgomery, soon to complete his second academic year as WMU's president, is a nationally renowned labor economist who has had a long, distinguished career in academia and at the highest levels of U.S. government, where he held key positions during the Clinton and Obama administrations.

"I am deeply honored by my election to the American Academy of Arts and Sciences," Montgomery said. "To be numbered among such an august and accomplished group of individuals is incredibly humbling."

With his election, Montgomery joins a distinguished list of fellows. Such esteemed individuals as founding father Benjamin Franklin, poet Ralph Waldo Emerson and civil rights icon Martin Luther King Jr. are among who have been elected to the academy over the centuries.

“With the election of these members, the academy upholds the ideals of research and scholarship, creativity and imagination, intellectual exchange and civil discourse, and the relentless pursuit of knowledge in all its forms,” Oxtoby said.

The new class will be inducted at a ceremony Cambridge, Massachusetts, in October.

Montgomery was named WMU's ninth president on Aug. 1, 2017. He came to WMU from Georgetown University, where he had served as founding dean and professor of economics at the McCourt School of Public Policy.

During a more than 35-year academic career, he has held faculty positions at Carnegie Mellon and Michigan State universities as well as the University of Maryland, winning teaching awards some five times over the years. During President William Clinton's administration, he held a number of positions, including chief economist and deputy secretary of the U.S. Department of Labor. During President Barack Obama's administration, Montgomery was a member of the president's auto task force and led the interagency White House Council for Auto Communities and Workers.

As WMU's president, Montgomery has launched initiatives focused on student success, revitalizing the South campus neighborhood, the development of a new budget model impacting all areas of campus, and the implementation of the revised core curriculum, WMU Essential Studies. As part of his commitment to helping students complete their studies, he also implemented a targeted grant program to assist financially at-risk students.