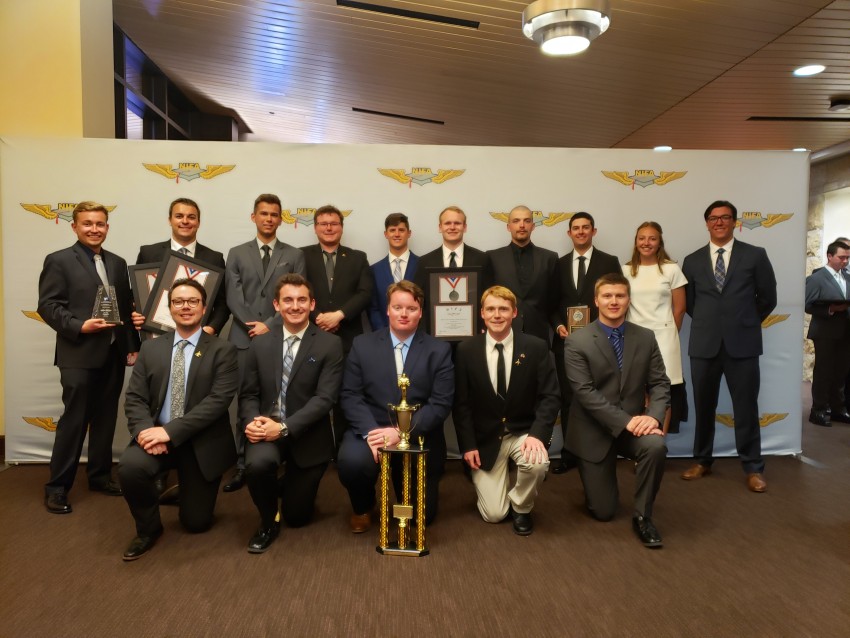 The 14-member WMU team competed against 28 other teams from colleges and universities across the nation. The Sky Broncos placed third in flight events, fifth for the judges trophy and seventh in ground events, placing sixth overall. The event winner was University of North Dakota, followed by Southern Illinois University, Embry-Riddle Aeronautical University-Prescott, LeTourneau University and the United State Air Force Academy.

"I am extremely proud of the accomplishments of this year's team. They are a dedicated group that competed well in some challenging conditions against the best collegiate aviators in the country," says Ryan Seiler, Sky Broncos head coach and a faculty specialist in the College of Aviation. "These students carried on the proud tradition of the Sky Broncos which continues to showcase the skills and talent of our students in the College of Aviation and Western Michigan University."