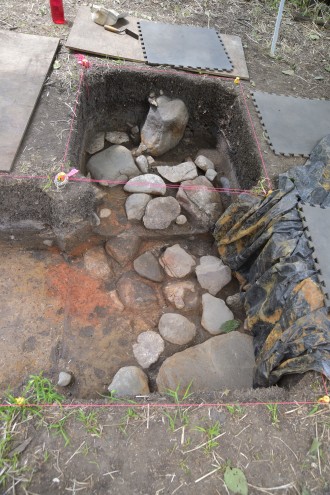 KALAMAZOO, Mich.—The Fort St. Joseph Archaeological Project, a partnership between Western Michigan University and the city of Niles, is hosting its annual summer lecture series and open house. The public is invited to meet and listen to nationally and internationally known speakers who will discuss the theme "Curation: Preserving the Past for the Future."

This year's Summer Lecture Series begins at 7 p.m. Wednesday, July 10, at the Niles District Library, 620 East Main, in Niles. Other lectures will be held at the same time and location and feature these topics and presenters:

Fort St. Joseph also hosts its free open house from 10 a.m. to 4 p.m. Saturday, Aug. 3, and Sunday, Aug. 4, at the corner of Fort and Bond streets in Niles. Attendees can meet WMU archaeologists working at the archaeological site, observe period demonstrations at the Living History Village, explore ongoing excavations at the site, participate in children’s activities and crafts, view recently uncovered artifacts, listen to period music and participate in period dance, and learn more about technology at Fort St. Joseph, past and present.

WMU's Department of Anthropology pinpointed the fort's location during an initial survey in 1998. Excavations began in earnest there in 2002 when WMU began conducting its annual archaeological field school at the fort site. Since then, faculty researchers and students at the University have continued working to uncover and interpret the fort's physical remains.

First established as a mission in the 1680s by French Jesuits, the fort was one of the earliest European settlements in the western Great Lakes region. It was an important part of a chain of settlements that facilitated the fur trade between Native Americans and the French, and took on the roles of garrison and trading post during much of the 18th century.