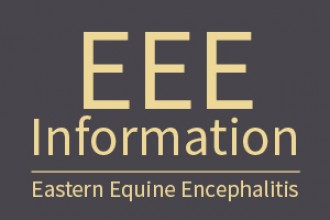 9/30/19 Update: The Kalamazoo County Health & Community Services Department has announced that it will no longer conduct aerial insecticide treatments anywhere in the county. This is due to the number of opt-out requests that residents sent to the Michigan Department of Health and Human Services.

9/29/19 Update: State health officials have postponed the aerial pesticide spraying that was scheduled to begin at 8 p.m. today, Sunday, Sept. 29,and conclude at 4:30 a.m. Monday, Sept. 30 in the Kalamazoo and Portage area. WMU will keep the University updated as more information becomes available. The state posts updates at michigan.gov/eee.

KALAMAZOO, Mich.—Today, the Michigan Department of Health and Human Services—MDHHS—and 12 local health departments, including the Kalamazoo County Health and Community Services Department, announced that they will conduct aerial pesticide spraying to combat the spread of the mosquito-borne Eastern Equine Encephalitis—EEE—virus.

This countywide application is tentatively scheduled to begin at 8 p.m. on Sunday, Sept. 29, and conclude at 4:30 a.m. on Sept. 30. During this time mosquitoes are most active, while fish and beneficial insects are least active.

A frequently asked questions document from the MDHHS notes that spray area will exclude drinking water reservoirs. In addition, local officials are taking extra measures to secure our water supply.

“State and local health officials have described this as an emergent issue. The steps being taken are proactive and preventative and are aimed at limiting the spread of the virus,” says Mark Weiss, director of environmental health and safety at WMU.

The MDHHS does not expect adverse human health effects from being outside during or after the spraying. Those with concerns or known sensitivities to pyrethrins can reduce exposure by remaining indoors and closing windows during spraying.

Spraying is known to reduce risk, not eliminate it, and precautions should still be taken to prevent exposure to mosquitoes. WMU recommends the following: