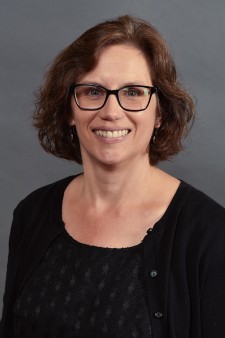 Kalamazoo, Mich.—Julie Garrison, dean of University Libraries at Western Michigan University, has been elected as vice-president/president-elect of the Association of College and Research Libraries.

Garrison joined WMU as dean of University Libraries in 2016 after serving in many roles in academic libraries and the ACRL, including serving as a board member from 2012-16.

"I am delighted to welcome Julie Garrison back to the ACRL Board of Directors as vice-president/president-elect," said ACRL Executive Director Mary Ellen K. Davis. "During her time on the ACRL Board as director-at-large, Julie was engaged in a number of strategic initiatives including the adoption of the groundbreaking Framework for Information Literacy for Higher Education and the transition of ACRL's research journal, College and Research Libraries, to an open access publication. With her previous Board service and knowledge of academic librarianship and higher education, along with as her extensive experience in change management, Julie will be able to immediately contribute to the work of ACRL."

The ACRL, founded in 1940, is a division of the American Library Association and the higher education association for academic libraries, representing more than 10,000 libraries and individuals.

"I am honored and thrilled to be elected to serve as ACRL's next leader," Garrison said. "We are facing dramatic times in our world and within our association; I expect the next three years will be intense. I am eager to join ACRL's amazing staff, Board of Directors, and fellow members in doing the challenging and rewarding work that lies ahead.”

Garrison joined WMU as dean of University Libraries in 2016. She led the library staff and faculty through a successful reorganization process designed to streamline and align workflows and improve overall efficiencies. Garrison has spearheaded projects to revitalize library spaces at WMU, including adding a café and emerging technology spaces and complete refresh to Waldo Library’s first floor. Prior to her role at the University, she served in leadership and librarian roles at Grand Valley State University, Central Michigan University and Duke University Medical Center Library.

Garrison's work with state, regional, and other national associations includes being a member of the portal: Libraries and the Academy Editorial Board since 2015 and serving as an accreditation commission member of the Council on Interior Design Accreditation (2011-16). She has held numerous positions within the Michigan Academic Library Association including serving as chair of the Advocacy Committee (2017-19) and Administration Section (2016-17). She also served as member-at-large of the Michigan Library Association (MLA) Board of Directors (2011-14) and was chair of the MLA ACRL Task Force (2011).

For more information, contact the University Libraries’ Office of the Dean at lib-communications@wmich.edu or (269) 387-5201.