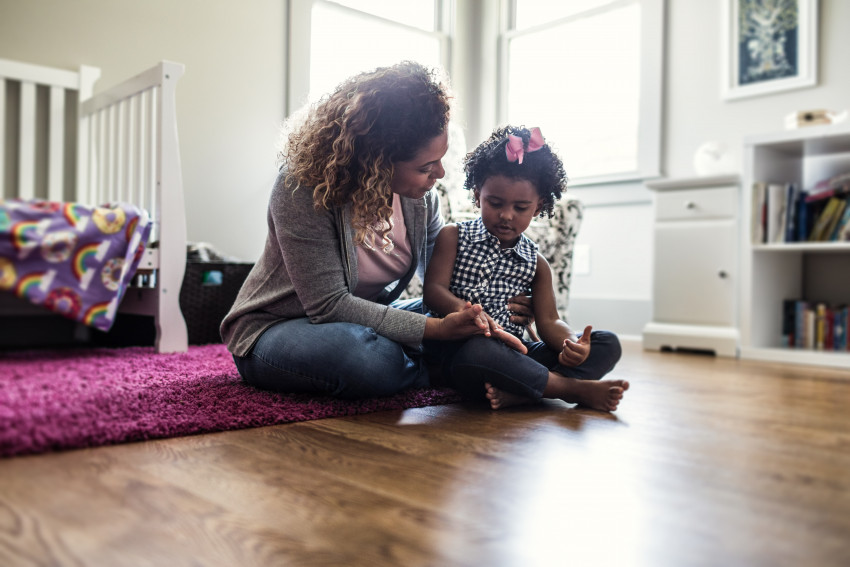 "When something big happens in our country, they're going to hear about it. There's no way we can protect them from it; it's out there. So, we have to just talk to them in terms that they understand," says Dr. Regena Nelson, chair of the Department of Teaching, Learning and Education at Western Michigan University.

As some do with other taboo topics of conversation, parents are now looking for resources and guidance on discussing issues of race and racism with their children. While it can be uncomfortable and daunting, ignoring the issues—especially with young kids—could be even more detrimental.

"We've all seen the damaging effects when we don't talk about it, and what happens when it festers and gets acted out in harmful ways toward people," Nelson says. "People think it only happens that way when people are intentionally racist and harbor hate for another group, but I think what we're starting to realize now is that all of us have to do this work because in all small ways we're all impacted by racism."

Silence also allows outside influences to guide your child's perceptions.

"If you don't talk about race, then your children will still learn about race," adds Dr. Glinda Rawls, associate professor of counselor education and counseling psychology. "It may not be what you want them to know, and … the information might contribute to why we have issues in our society related to race."

"They have such a deep awareness of differences, for us to deny that and not talk to them about that is just unnatural," she says. "And it can be quite hurtful because if we're not talking about it, their sense is that maybe there's something bad about it." 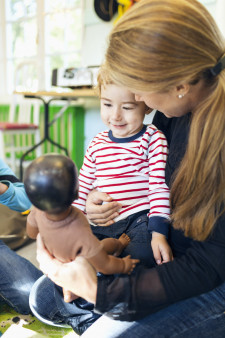 The conversations are often hard to avoid among families of color, where children often learn about racism and injustice early.

“How do you talk to your 3- or 4-year-old child and explain to them that someone of your racial  or ethnic background was killed simply because of their racial and ethnic background? It’s hard for parents to explain it,” Rawls says. “You have to tell your child that there may be some doors that are shut because of your race or ethnicity. Unfortunately, we have not progressed in our society where that is not happening or where we no longer have to have those conversations.”

Parents can empower their children by talking about differences and encouraging them to identify why they should be celebrated, not looked down upon.

"Everyone doesn't look the same. Everyone didn't have the same experience. And in order to validate a child's experience and their identity, you need to talk about it," says Dr. Candy McCorkle, WMU's vice president for diversity and inclusion.

Children learn not only by what they hear, but also what they see. Diversifying your child's environment—regardless of your racial or ethnic background—allows them to observe differences in race and ethnicity in a positive way.

“If all you see is one race, one ethnicity, then that’s going to frame your mindset,” says Rawls, referring to the Clark doll test of the 1940s that examined the impact of segregation on black children’s self esteem. When presented with identical dolls of different skin color, the children overwhelmingly associated positive attributes with lighter skinned dolls and negative attributes with darker skinned dolls. Even after segregation, similar studies had similar results—even as recently as 2010.

"Stretching out the environment and making the environment more diverse becomes extremely important to stretch the perceptions, to stretch your mindset and to help you understand all the different races and ethnicities have the potential of doing anything," adds Rawls.

Books offer another opportunity for racial awareness and conversations. Parents should look for books that not only have age appropriate information about historical figures of color, but also those that feature fictional lead characters of color.

Some parents are apprehensive to address racial topics because they don’t feel adequately educated or experienced. Books provide a bridge for that information gap.

"There are a ton of children's books that address issues of race. For parents who aren't comfortable just sitting down and having that conversation, sometimes it's nice to just do a joint read with your child and then have a conversation," McCorkle says. "When your kids start asking questions about race, don't shy away from it."

Awareness is a journey, not a destination, and education has evolved throughout the process. While growing up, many parents likely learned the importance of being "colorblind" and not recognizing a person's skin color.

"It's this reverse idea that Dr. Martin Luther King in the 1960s talked about how he hoped that his children would be seen for the content of their character and not the color of their skin," says Rawls. "If we ignore someone's race or ethnicity, then the idea is that we're assuming that we're also treating them equally. We've come to realize that's a falsehood."

Over time, that paradigm has shifted from colorblindness to diversity and multiculturalism—acknowledging differences and celebrating them. Now, says Rawls, that thinking has evolved to inclusion.

"Inclusion means that we not only have to celebrate diversity, not only have to look at the fact people have hyphenated status and culture that goes along with it, but we also need to start looking at creating places and spaces that are comfortable for people of color," she says. "In order to do that, you have to make the environment inclusive."

While the basic message is the same, the approach to addressing race with your children should be different depending on their age.

For "toddlers, keep it simple. When they move into early elementary, that's where you can begin to talk about how races have had different experiences, but again, keep it very basic," says McCorkle. “As they move into (later elementary), their ability to understand nuances is much greater, so that's when you really start to address more of the inequities. And when they're entering into late junior high and high school, that's where you can get into those conversations moving from individual racism to structural and systemic."

More than anything, McCorkle says, parents should have open lines of communication with their children to find out what they're feeling and what questions they might have. While they may not understand nuance, younger children have likely still seen images of protests and may have questions about it.

Children have an innate sense of fairness, so explaining current events in those terms provides a platform of understanding.

"Every preschool I think has explained Martin Luther King and Rosa Parks. We have examples of how kids understand when rights are being denied to people and what happens," says Nelson. "So, once again, they are aware, and we can just put it in terms that are relevant to them. Preschool is not too soon to start talking about that."

Protests are also about speaking up when something is wrong. That's a concept kids can identify with. Then, says Nelson, you can take the conversation a step further and talk about anti-bias. She suggests resources for parents such as the conscious kid, Anti-Bias Leaders in Early Childhood Education and the National Association for the Education of Young Children. McCorkle says Zero to Three is also a great resource for talking to younger children. 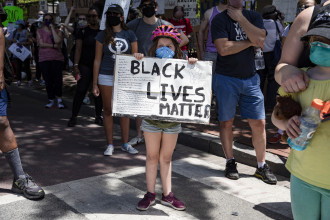 A girl holds a sign at a protest in Washington, D.C. (Photo by Samuel Corum/Getty Images)

Children may ask about the Black Lives Matter movement and what it means. Rawls says it boils down to the fact that racism is ultimately rooted in dehumanization "and the idea that if your life does not matter and I don't even see you as human, then I can't possibly treat you as one." She says it's important to explain that while every life matters, the focus right now is on those lives who are threatened by systemic racism. For a young child, the explanation could be even simpler.

"How I would explain it to children is there are five rows of houses, and all of these houses are important. All of the houses are pretty. But there's one house on fire right now. And that's the house that right now we need to call attention to," she says. "So, you can help to highlight the greater sense of urgency with this house because it's on fire."

Parents can also focus on the opportunities for growth and change that exist.

"You really do have to have these conversations with your children to talk about the fact there is more good in this world than hate, and that people are going to treat you differently possibly because of your race or ethnicity, but there are also people who are going to be able to look beyond your race and ethnicity and see you as a human being," says Rawls, also exploring the other side of the coin in explaining white privilege and the importance of encouraging those children who are in a position of privilege to help those who are not. "What's the good of having privilege if you don't do anything with it?"

While sometimes difficult, Nelson says, early conversations about race and ethnicity can have a lasting impact.