WASHINGTON, D.C.—Enslaved by a family member who trafficked her from the West African country of Togo to the United States as a child, hope was hard to come by for Bella Hounakey.

"Hope is the worst thing to lose, because at that point you are not sure if there’s any gateway for you," she says. But in 2007, her life changed when she was rescued by police and FBI agents. Now more than 10 years later, Hounakey is being recognized for her efforts to protect other women and children from the exploitation and abuse she suffered. 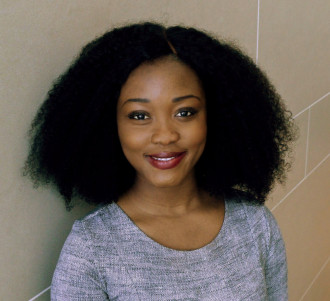 "Bella is passionate about prevention while also acknowledging the complexities of fighting human trafficking on a micro and macro scale. She is a tireless and inspiring advocate for survivors," says Nomi Network Director of Operations Jessica Pham. The organization, a nonprofit focused on eradicating modern slavery, presented Hounakey with its 2020 Abolitionist Award. "We were moved not just by Bella’s story as a survivor of trafficking herself, but by her holistic approach to ending modern slavery."

It's an honor Hounakey, who received her bachelor's and master's degrees from Western Michigan University, does not take lightly.

"Nomi Network is one of the leading networks bringing about change and fighting for social justice. They are really putting prevention before protection, meaning equipping and empowering women and children abroad to prevent them from being trafficked in the first place," she says.

Hounakey will serve as an advisor to Nomi Network as the organization launches programs in the U.S. over the coming year.

"We will leverage her expertise to build contextualized, trauma-informed programs for youth survivors of commercial sexual exploitation," Pham says. Hounakey will also tour one of the organization’s sites in Cambodia and meet with trafficking survivors there. "We will continue to do whatever we can to amplify Bella’s voice and give her platforms to achieve her own professional and advocacy goals."

Hounakey's advocacy work has grown tremendously since being appointed to the White House Advisory Council to End Human Trafficking in 2019. She has worked with federal agencies to review their efforts to combat trafficking as well as spoken to organizations across the country dedicated to rooting out exploitation. She also helped draft an executive order on combating human trafficking and online child exploitation.

"It is much bigger than myself. I find strength in knowing that the efforts I am part of will somewhat indirectly save lives," says Hounakey, who aspires to one day become a member of Congress. "I am an ambitious individual who wants to represent my community and fight for matters that are important to all of us."

Mark Delorey, who serves as a Foundation Scholars advisor at WMU and helped create the Seita Scholars program, has no doubt she will see her ambitions realized.

"Bella has thrived after enduring almost unbearable hardship as a child and teenager. She demonstrates extraordinary resilience, courage, strength and skill. What sets her apart, however, is her incomparable compassion and kindness," says Delorey, who first met Hounakey as a freshman in the Seita Scholars program and has grown to become a father figure to her.

He remembers her speaking up as an undergraduate to educate people on campus and in the community about human trafficking as well as addressing the Midwest College Board to urge support for young people who have experienced the trauma and hardships associated with it. Today, he says, she's blossomed into a shining example of the impact WMU students can have on the world.

"I told our current freshmen Foundation Scholars that people who go on to change the world like Bella began their time at Western as nervous freshmen with no idea how far they would go," Delorey says. "All of our students are capable of great things well beyond what they can imagine. Bella is now beginning to recognize her power and potential."

"Every day I remind myself that strength and resilience lie in the depth of my vulnerability," says Hounakey. "I am not just healing myself by finding social justice; I am freeing other people. I am an abolitionist."