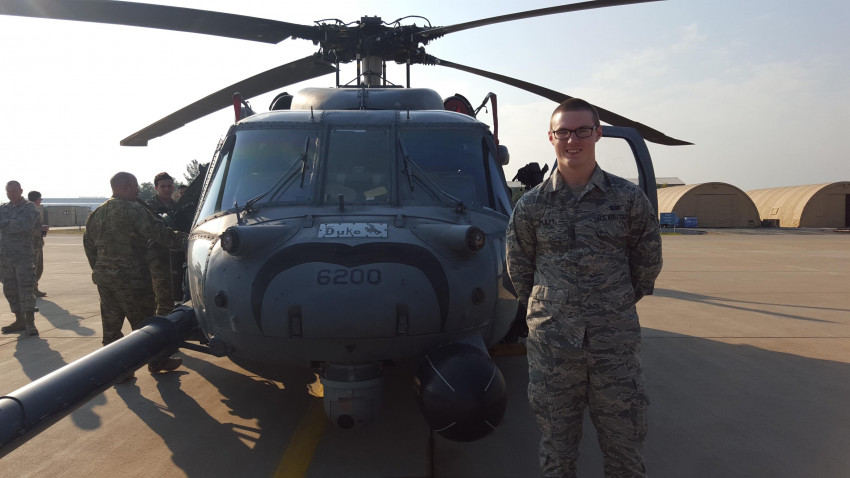 Russell Pliley, standing next to a helicopter at a base in Diyarbakir, Turkey, served 5 1/2 years in the U.S. Air Force and is currently in WMU's Air Force ROTC program.

"Western Michigan University is proud that Operation Hat Trick has chosen to provide a dedicated scholarship to one of the very deserving veterans who attends our institution," says WMU President Edward Montgomery. "We appreciate the commitment to service that all U.S. military veterans have made, and we are honored when they choose to further their education at WMU." 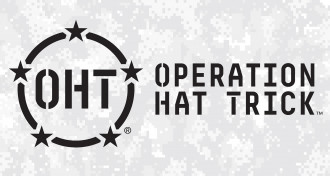 Operation Hat Trick—OHT—is a nonprofit organization that generates awareness and support for the recovery of service members and veterans impacted by both visible and invisible war wounds. It does so through the sale of branded merchandise and products, donating the proceeds to organizations related to that mission. WMU is the first university the organization chose to offer a dedicated scholarship, funded directly by proceeds from OHT-licensed Bronco gear purchased through the WMU Bookstore.

Since 2014, Operation Hat Trick has donated more than $1.8 million to fill critical gaps in care for military and veterans. It means a lot to Pliley, who worked as a personnelist in the Air Force, handling human resources-related tasks and talking with every service member on his bases.

Pliley says the kind of support Operation Hat Trick is providing is needed.

"I know a lot of people who came back and they've seen a lot of things. It's important to get not just the physical but the personal and unseen wounds healed, too," says Pliley, a member of WMU's Air Force ROTC program. "I know firsthand how hard it can be transitioning back home after being down range or even coming back home after being in the military. It can feel like you are a foreigner in your own homeland." 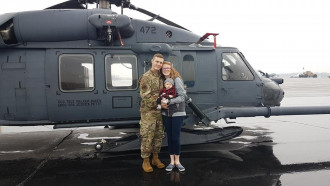 Pliley stands with his wife and son at Eielson Air Force Base in Fairbanks, Alaska.

He served 5 1/2 years in the military and toured the globe, with stints in Germany, Turkey, Alaska and South Korea, before accepting a scholarship to become an officer in the Air Force. He chose Western because, growing up in Olivet, Michigan, he'd heard about the University's strong and supportive military community. Once he graduates, he hopes to be appointed to an intelligence job, analyzing maps and coordinating between different cultures.

Pliley will be recognized during the live broadcast of the WMU football game Wednesday, Nov. 11, against Toledo. On this Veterans Day, he's asking everyone to keep service members in mind.

"Remember them and maybe reach out if you know anyone—especially during this time of COVID-19. There's a lot of members of the military, because they're locked down, that are alone," says Pliley, noting that many bases, like his last post in Fairbanks, Alaska, were isolated even before the challenges of the pandemic. "So, just reach out and let them know you care."