Using music as a vessel for social justice 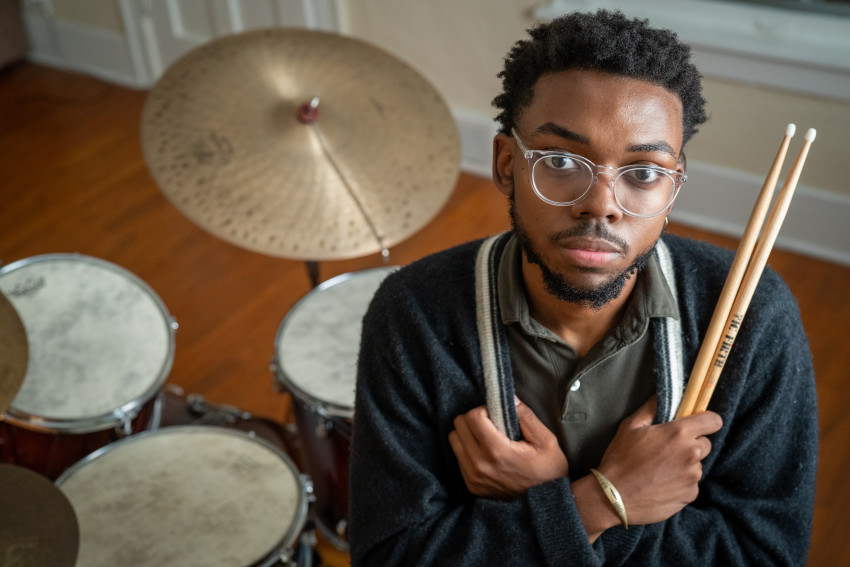 Smart is the percussive pursuit of purpose that drums the beat for others to march to. It's digging deep when you feel lost and finding strength in your own story.

"To me it isn't enough to just create for self-fulfillment, but it is our obligation as artists to depict the society around us," says Daniel Gayden, a senior jazz studies student.

First exposed to jazz by his grandparents, Gayden always appreciated the art form, but it wasn’t until he took a mandatory class in high school that he saw it as an actual career path. Today, making music is as much a part of Gayden's life as eating and sleeping. It's an outlet for his emotions and, as he's grown as an artist, it's become a platform to increase awareness and push for change. But it took some introspection to bring that passion to the surface.

Gayden chose WMU because of its world-class jazz studies program. Coming from a performing arts high school in the heart of Chicago to a public research university in Kalamazoo, however, wasn't the easiest transition.

"My sophomore year was tough for me, figuring out who I was," he says. A conversation with world-renowned jazz bassist Esperanza Spalding after a performance at WMU set him on the path to self-discovery.

She emphasized the importance of learning the fundamentals from his professors and growing in his craft. 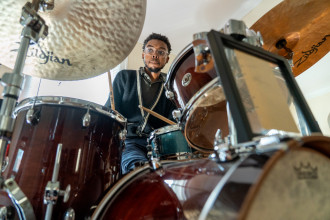 He spent the summer after sophomore year composing and writing poetry, determined to make a statement at his junior recital in the fall.

"I wrote four movements, and those four movements expressed how I felt, or my perspective, about Black men in America. What we go through emotionally, socially, economically—all of those things," says Gayden. The result was "Pieces of Color," a project that his mentor Keith Hall, an assistant professor of jazz studies, has called "a remarkable project unlike anything my students have ever produced."

Performed alongside a small band of his peers, the suite follows the life cycle of a Black man in America, beginning with a celebration of birth and continuing to a pivotal movement signifying the moments young Black men begin to notice they’re treated differently than their friends who don’t look like them. The third movement explores the love between Black men and women, be it mother and son or husband and wife. The suite culminates in a fourth movement about the legacy of a Black man and figuring out what that means.

"I had the experience of going to New Orleans about a week before everything shut down for the pandemic, and I went to three slave plantations," he says. "It was very intense and very emotional. Most of my ancestors didn’t get to leave a legacy. They weren’t seen as someone whose life was worth remembering."

A private person, Gayden wouldn't describe himself as an activist in the typical sense of the word. But he does have a passion for using his art as activism and giving a voice to those in his community who don’t have the opportunity to be heard.

With the support and guidance of Hall and his other professors, Gayden says he’s learned valuable lessons about making the transition from a student to a professional musician.

"Now that I have a platform, I want to say something that's going to leave an impact for people who feel like me," he says. "I hope my legacy is someone who tries to use what I love to do to make a difference in our society, in my community. I want to be remembered for using any ability that I have to make a change and to help people’s lives."