Homeless to college grad: Business student beats odds to create his own success 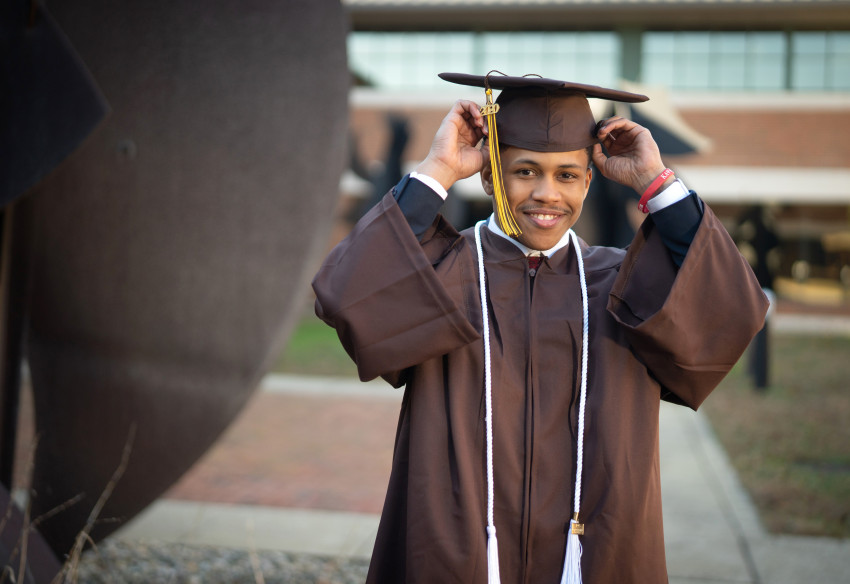 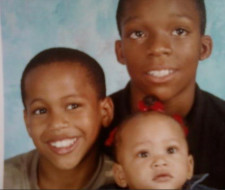 Kemp, left, with his siblings.

"It's crazy. It's still not hitting me," says Kemp, who graduates from Western Michigan University Saturday, Dec. 19, with degrees in accountancy and finance. "I really made it this far in life. I feel like it's a dream, to be honest."

It's a reality that 10 years ago seemed impossible. Just 9 years old when his mother died, Kemp and his two siblings moved between relatives' houses before eventually finding themselves alone on the streets of Detroit.

"We would often stay in abandoned buildings or park benches, stuff like that. Just tried to make it work," he says. Kemp's brother, just two years older, began dealing drugs and ended up in jail, leaving him to care for his little sister. His love for her fueled his drive to succeed. 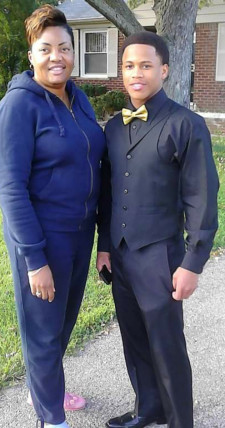 Terria Deasfernandez, left, took Kemp in when she discovered he was living in a vacant house.

"I really tried to stay in school as much as possible. I couldn't get to school some days, but I would still maintain good grades," he says, participating in as many extracurricular activities as he could to prolong his return to the nightly reality of life on the streets of Detroit, which meant making money any way he could to feed his little sister and himself. "I just really worked hard because I wanted to make a path for my future. My kids, my family—I don't want them growing up in the situation I grew up in. So that's why I really work hard."

He worked so hard he was able to keep his secret life under wraps for years, until a football teammate's mother dropped him off at "home," discovering he'd been living in an abandoned house. Though his little sister was eventually taken in by a family, Kemp and his brother were not so lucky and were left fending for themselves. Terria Deasfernandez saw blankets on the floor where he'd been sleeping and an empty refrigerator in the kitchen.

"She invited me over for a sleepover with my friend. After that, she just didn't let me go," says Kemp.

With grit and determination, Kemp maintained a 4.0 GPA throughout high school while also impressing scouts on the football field. College offers began pouring in, and he accepted a scholarship to play football at a college in Virginia. After a year, he decided it wasn't the right fit and began the process of transferring to another institution. A snag in the process—which he now calls lucky—would have made him sit out a semester, so he started looking at schools back home in Michigan.

"I started applying, and when Western saw my 4.0 on my transcript, they accepted me the same day," he says. "And when I got here, I couldn't leave! I met incredible friends and faculty who would soon make a positive impact on my life."

Desperate for money and finding difficulty qualifying for many scholarships because he never was part of the foster care system, Kemp found support in Mark Delorey, advisor of the Foundation Scholars program, which provides full tuition scholarships to select students who excel in the classroom and have experienced homelessness, been a ward of the state, have undocumented status or live below the poverty line.

"Being here without a family, Foundation Scholars really gave me that family feeling. It made me happy to actually see others going through things like me and for us to come together and bond as a family," says Kemp, thankful Delorey was able to find a way to include him in the program. "I'm happy that Mark helped the Foundation Scholars scholarship grow, because without him there's a lot of people that wouldn't make it this far." 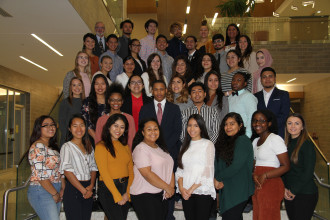 While his knack for numbers and interest in finance secured his path in the Haworth College of Business early on, the Student Professional Readiness Series (SPuRS)—a co-curricular graduation requirement in the college—gave him opportunities to explore various career paths and interact with professionals to solidify his career aspirations. Kemp also got involved with the National Association of Black Accountants (NABA).

"(The goal) was basically to learn career management. We would have interview preparation, resume critiques, things that would help us get a job," Kemp says. In fact, it was through one of the organization's national conferences—where hundreds of firms and companies were represented—he scored the interview that led to the accounting firm in Dallas, Texas, where he'll begin working after graduation. "NABA really shaped me into the man I am today, to be honest." 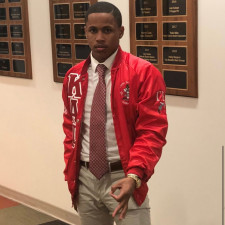 Kemp has a leadership position in the Gamma Beta chapter of Kappa Alpha Psi Fraternity, Inc.

Kemp was also recognized as a Greenleaf Trust Scholar, an award given to outstanding WMU business students. Established in 1999 by WMU Board of Trustees member Bill Johnston, the scholarship aims to increase diversity in the wealth management industry.

"These students have faced 2020 with such resiliency, and we congratulate them on their successful college careers and brilliant futures," says Johnston.

Now, reflecting on the turbulent road he traversed to make it to college graduation, JaJuan's both in disbelief and beaming with pride to be called a WMU alumnus.

"There is no substitute for hard work," says Kemp. "Being the first person to graduate college and break the cycle for my family makes me proud to be a Bronco."