Lingxiao Sun, right, works at home next to her son.

KALAMAZOO, Mich.—Learning a new language in a new country is difficult in itself. Combine that with caring for a new baby, and pursuing a graduate degree might not be at the top of your list of things to do. But Lingxiao Sun isn't like most people.

"I wanted to give it a try, because you will never know your potential unless you try it out," says Sun, who was born in China and spent much of her life in South Korea before moving to the United States with her husband to continue his education.

"It's not quite as difficult as computer science because it doesn't involve a lot of programming, but you do need other knowledge like mathematics and statistics, which are things I learned in my previous studies," Sun says, also pointing out the increasing demand for data scientists and potential for job growth.

Having an undergraduate degree in Korean language and literature as well as an MBA in finance from programs in South Korea, she was cautiously optimistic about embarking on her new career path at WMU. With support from her professors and her own laser-sharp focus, she earned straight A's her first semester.

"It really gave me a lot of confidence. The beginning is always the hardest thing, but then everything gets easier," she says. Sun maintained that 4.0 GPA throughout her time at WMU and will graduate at the top of her class Saturday, Dec. 19, with a master's degree in data science. "I had less time to study than other students (while taking care of a child and also working), but I believe if you work very effectively and have a clear plan of what's important, you can get anything done." 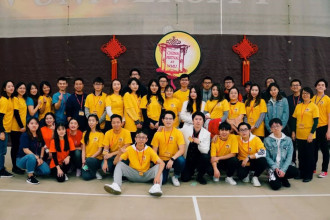 Sun's dedication and resourcefulness paid off with a chance to get an early jump on her career. She utilized the resources of WMU's Writing Center to button up her resume and searched Handshake, a database available to Western students through Career Services, for employers looking to hire data science students. Then, she customized her cover letter for each potential employer she might encounter at one of WMU's job fairs.

"I found a job 10 months before graduation with my first on-site interview in the United States. I've been so lucky in 2020!" says Sun, who seems to have created her own luck through persistence and preparation. 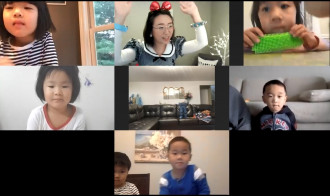 In her limited spare time, Sun enjoys volunteering in the community and teaching young students. "Spending time volunteering with children ... made my busy life more fulfilling," she says.

She now works full-time as a financial analyst for Tyler Technologies. Providing software services for schools and police and fire departments, she's busy living out her career goals while finishing up courses for her degree and taking care of her son—who's now a toddler with a new sibling on the way in the spring! "One time my professor asked me if I ever sleep!"

It's tireless work, but Sun says it's worth it.

"I wanted to test my potential for what I could achieve if I worked really hard. It's not easy, but I believe you should make time for what's important," she says, emphasizing the support she's had through Western's various academic and career resources. "I think that's one of the best parts of Western; you have a lot of people here to help you. Everything they did was perfect, and I was able to achieve what I wanted."