Loretta Long: From big dreams to Big Bird, she used her talents to educate millions

KALAMAZOO, Mich.—From a farm in southwestern Michigan to America's most famous block, Dr. Loretta Long has come a long way. 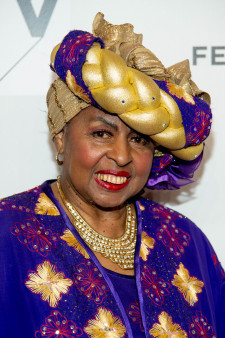 "Since I was a youngster, I've always dreamed big," the Western Michigan University alumna says in a blog post, remembering how she loved to sing and dance with her parents when she was little. "At the young age of 9, I knew I didn't want to be picking crops for the rest of my life."

But there would be plenty of growing in her future—not in fields but in living rooms across the country. Long would contribute to the growth of countless young minds across multiple generations as Susan Robinson on Sesame Street. The job of a lifetime perfectly paired Long’s two loves: educating and entertaining.

While she would go on to have a successful career on the longest-running children's show in American TV history, Long's parents weren't initially sold on their little girl going after a career in show business.

"I wasn't supposed to pursue music," she told a crowd at Rider University in 2018. "I was supposed to be a teacher—a history teacher who was going to be a lawyer."

A first-generation college student, Long listened to her parents and enrolled in Western Michigan University as an education major. While she studied to become a teacher, she also took theatre classes and was involved in some University productions. She landed a teaching job in Detroit after graduating in 1960. However, unable to shake the entertainment bug, she threw caution to the wind a year later and "finally got the courage" to follow her acting dreams in New York City.

"With working as a teacher in the city and attending classes or auditions, I wasn’t going to let anything stop me from getting in the business," she says on her blog.

It didn't take long for her first big break, co-hosting the variety show "Soul!" on the local PBS channel. Musicians like Patti LaBelle, Stevie Wonder and Gladys Knight performed on the program, and Long also got to sing as well as conduct interviews.

In that same studio, a "Soul!" cast member was also working on the preliminary set design for a new educational program for kids. With Long's teaching background, he told her she should audition—but he left out an important detail about the gig.

She impressed the creators with her interactive approach to singing, getting an audience of children at a daycare to sing and clap along with her rendition of "I'm a Little Teapot."

"I always tell kids there are defining moments in your life," Long said in an interview on "The Tavis Smiley Show" in 2004. "I have some 4-year-olds to thank for my career." 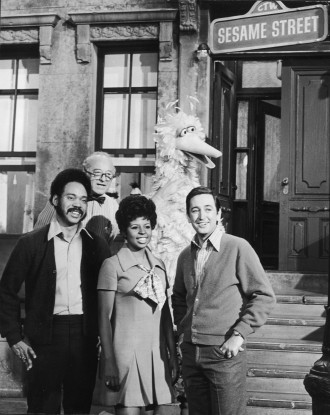 Initially hired for the pilot show in 1969, Long would spend nearly 50 years on "Sesame Street." In the show's first season, she also had some company from a future Bronco—a young Luther Vandross, who spent time at Western before pursuing his music career, sang in a youth ensemble featured in several episodes.

The show broke barriers and pushed and revolutionized children's television. It was the first ever set in the inner city rather than the suburbs, and Long's character, Susan Robinson, and Gordon, her on-screen husband, were among the first Black families portrayed on television.

"Representing the first Black family on TV was a big responsibility but a happy one," Long told a reporter from the New York Amsterdam News. The Robinsons also became one of TV's first adoptive families in 1986 when they adopted their son Miles. Over the years the show tackled a number of difficult issues, from grief and racism to homelessness in addition to its focus on preschool education.

The show's pioneering approach to education was the focus of Long's dissertation, "Sesame Street: A space age approach to education for space age children." It examined the program as "a model for educating children sooner and with a modern technology, and for combatting the educational racism that destroys Black and minority children." Long pointed out the show's "hidden curriculum that seeks to bolster the Black and minority child's self-respect and to portray the multi-ethnic, multicultural world into which both majority and minority children are growing."

Long received WMU's Distinguished Alumni Award in 1971 and earned her doctorate in urban education from the University of Massachusetts in 1973. Outside of "Sesame Street," she taught courses and gave lectures, which she has continued to do since exiting the show in 2017. She also published her autobiography, "My Best Friends Call Me Susan," in 2016.

"I had a dream when I was a youngster to act and sing in the business. Life definitely threw some curveballs at me, but I never gave up," she says in her blog. "No matter where life takes you, never give up on your dreams."