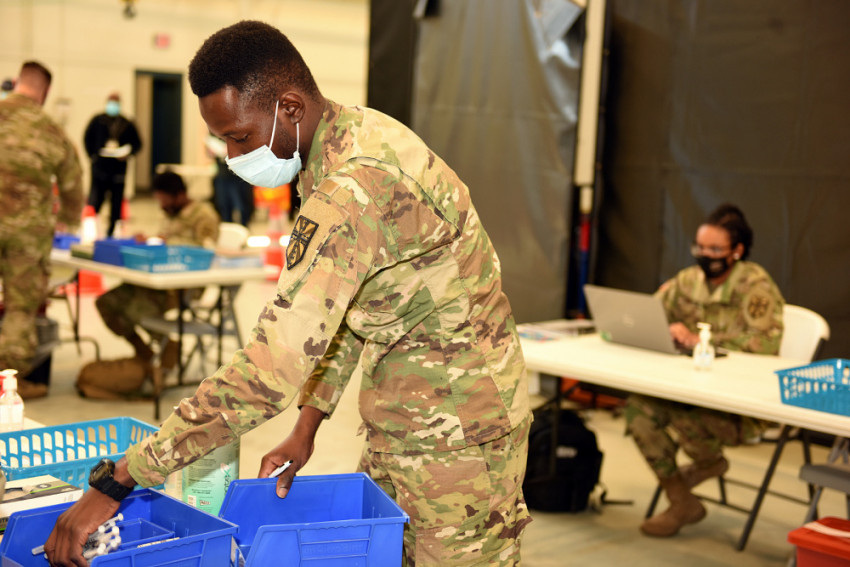 KALAMAZOO, Mich.—Studying and serving are two things U.S. Army Spc. Ewaen Ediae feels privileged to do. While growing up in Nigeria, his opportunities were limited and the future at times felt uncertain.

"I always wanted to be a researcher because a lot of things were happening around me growing up," he says. "I have always asked questions about why something happened in our society, but I never got the opportunity to acquire the knowledge. Western Michigan University has given me that." 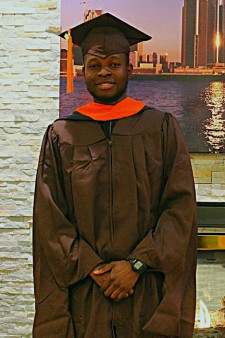 Three years after leaving the only home he'd ever known to take his education to the next level, Ediae will graduate Saturday, May 1, with a master's degree in Evaluation, Measurement and Research from Western's College of Education and Human Development. It will be his second major accomplishment in just a few weeks, having officially become a U.S. citizen on March 25.

"Coming to the U.S. is the best decision I have made in my life!" says Ediae, excited at the possibilities that lie ahead. "I found out you can be anything you want to be if you work for it. This is something that is not available where I came from."

Arriving in the United States in 2018 to attend Western, he learned about a path to citizenship through the Michigan National Guard. By 2019, he was in boot camp.

"The National Guard gave me the opportunity to be in the military and still continue school full time," he says, also balancing his student and civilian lives with a full-time job as a corrections officer at Lakeland Correctional Facility in Coldwater, Michigan.

Ediae says the flexibility and support of Western faculty helped him to stay on track with his studies.

"My experience with my professors impacted my life a lot. They gave me the opportunity to grow, they were patient with me when I made mistakes, and they gave me the corrections I needed to be where I am today academically," he says. "I noticed there was a big jump in my critical thinking skills because they pushed me to always think outside the box on homework and class activities."

Since January, Ediae has been supporting COVID-19 vaccination efforts in southeast Michigan as a member of Task Force Red Lion. 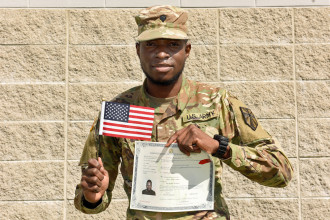 "Being on this team is a privilege to me; I'm happy to help out in this time of need," Ediae says. "The mission has not been easy, but I love it with my whole heart; helping people gives me great joy. I see it as a way to give back to the community and a country that gave me the opportunity to be what I am today."

After commencement, Ediae is looking forward to his next challenge: Army Officer Candidate School where he will continue his military career, building on the skills he has developed both in the classroom and the field.

"I'm proud to be a Bronco because it was the beginning and a big part of my journey to be a success," he says. "(The opportunity to come to the U.S.) means the world to me; words can't even express how I feel—it's like having the world in my hands."