Theatre alum flips script, gets Broadway stars to open up about their love of Disney 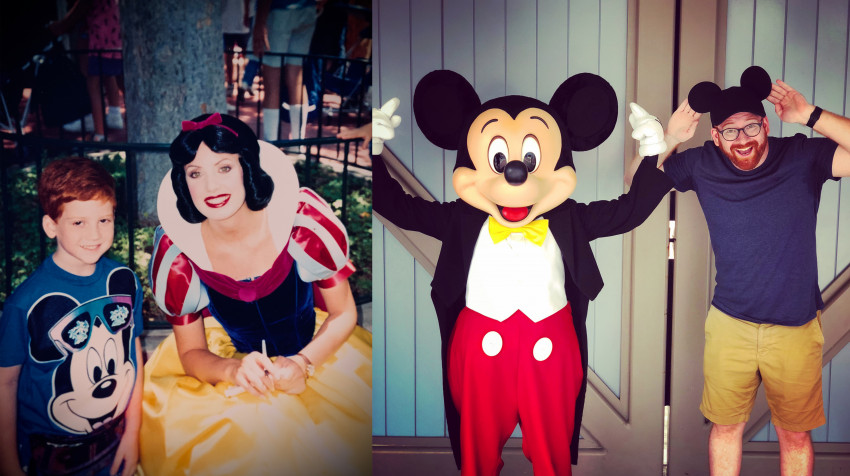 David Alpert fell in love with the magic of Mickey Mouse as a kid, left, and remains enchanted as an adult. Now, he's inviting Broadway stars to share their own Disney memories in his podcast, "E-Ticket to Broadway."

NEW YORK—Broadway is preparing to light up once again in September. It's been more than a year since the pandemic dropped the curtain on live theatre, spurring an indefinite intermission and leaving the industry in limbo. But a Western Michigan University alumnus found a way to turn that uncertainty into opportunity. 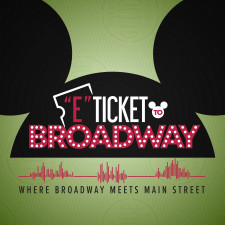 "I had an off-Broadway show that was canceled; we were supposed to start rehearsals on March 24. A trip was canceled. Another off-Broadway musical was canceled. I thought, 'What do I do?'" says David Alpert, a theatre director who found himself living with his sister and her family in North Carolina.

Unclear about the future, his agents suggested finding a project to keep his creativity—and income—flowing. Alpert called Cheryl Bauman-Bruey, a master faculty specialist in stage management in Western's Department of Theatre, for some advice on his next move. They kicked around a few ideas before landing on the prospect of a podcast where he could combine two of his loves: Disney and theatre.

"I decided to start talking to some of my Broadway friends about their love of Disney theme parks, and what started as a maybe 10-episode little hobby has blown up into about 40 episodes and six live shows and a merchandise shop," says Alpert, who launched the "E-Ticket to Broadway" podcast in June 2020. Since then, it's been downloaded more than 50,000 times. "It's been pretty crazy and fun and challenging." 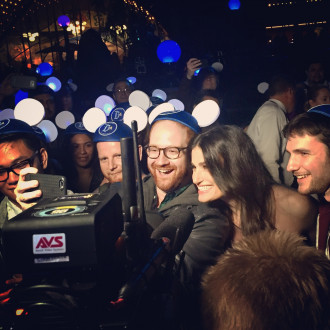 Alpert stops for a photo with Broadway friend Idina Menzel at Disneyland.

Alpert's guest list is nothing to sneeze at; it includes A-listers from Broadway smashes like "Hamilton," "Dear Evan Hansen," "Wicked" and the many Disney productions. But the host's favorite chats involved the actors behind some of Disney's most iconic movie roles—people like Idina Menzel, "Frozen's" Elsa; Jonathan Freeman, who voiced Jafar in "Aladdin;" Susan Egan, the voice of Meg in "Hercules;" and Jodi Benson, who brought Ariel to life in "The Little Mermaid."

The unique focus of the podcast also gives fans a unique glimpse into the actors' lives off stage and a chance to connect on a personal level.

One of Alpert's favorite moments so far on the show was talking with Tony-nominated actress Keala Settle about the magic of Disney parks. Among her several roles, many may recognize Settle as bearded lady Lettie Lutz in "The Greatest Showman."

"She mentioned this beautiful thing where when you go to Disneyland and you're waiting to get on 'It's a Small World' and the Disneyland Railroad passes through, everyone waves at each other," Alpert says. "We don't know each other. It's possible that someone on the train voted for someone differently than you or whatever it is, but you just wave at each other and you think at that moment, that's the world we want to live in—where we can just recognize that we're all human beings." 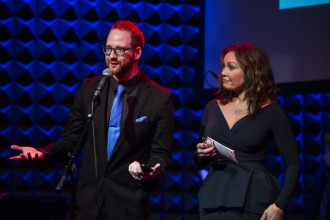 Alpert, left, takes the stage alongside actress and singer Vanessa Williams at the Living for Today Concert, a fundraiser for Gilana's Fund.

That feeling of hope is what initially drew Alpert in decades ago when he visited Disneyland with his family.

"As a young gay boy from Michigan, Disneyland represented a place where dreams came true and wishes were real," he says. "I felt like I could blend into this magical world. And I think Mickey Mouse represents unconditional love."

The podcast helps contribute to the ideals that Disney represents by also raising money for Gilana's Fund, which was created in honor of Alpert's sister, who passed away unexpectedly in 2007. The fund provides grants to organizations across the country that promote acceptance, inclusion, justice and equality, such as Big Brothers Big Sisters, the Human Rights Campaign and the Trevor Project.

"I do an annual benefit concert that of course has been canceled because of the pandemic. So, I thought, 'How else can I change the world?' I care very much about that."

Alpert is also focused on giving back to his alma mater. 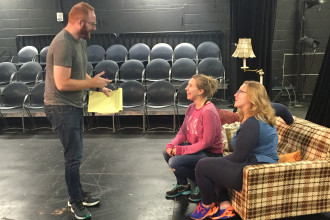 "When I was an undergrad, there were a lot of alums who came back to share, and I remember thinking, 'If I ever have the opportunity to come back, I want to do it' because I was so moved by that," he says. "I think it's so important to help whenever you can and to support and uplift. You never know when you might make an impact on someone's life."

It's a commitment Alpert has taken seriously over the years, regularly speaking with theatre classes and also guest directing a show at Western in 2016.

"The theatre department at Western was such an incredible home for me. The professors are so encouraging and supportive and challenging," says Alpert, who credits his professors with giving him the confidence to step out of his comfort zone and offering space to try new things. "At Western there are so many opportunities for student-produced shows; I got to produce and direct a couple of my own. The professors instilled in me this idea that I can do it. And even though sometimes I failed and sometimes I succeeded, it still taught me to just go do it." 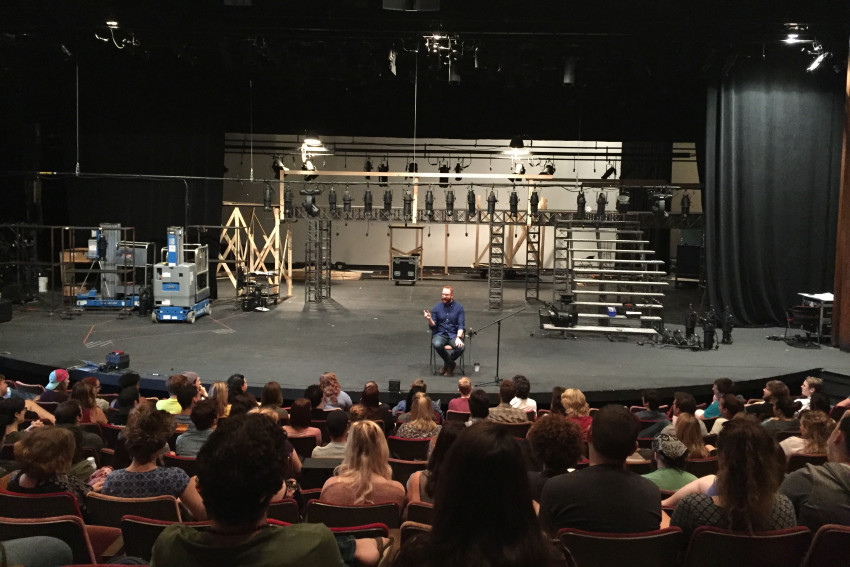 Alpert speaks to a theatre class at Western.