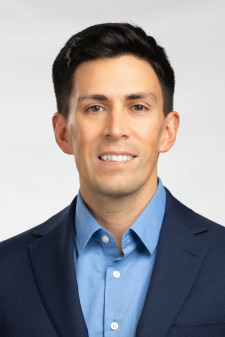 KALAMAZOO, Mich.—Foreign languages are taught in classrooms around the globe, but unfamiliarity with certain dialects—and associated stigmas—can lead to a limited education and, ultimately, waning tolerance of the people who speak them.

Western Michigan University's Dr. Germán Zárate-Sández will explore bias in language teaching and train students to be comfortable with learning an unfamiliar dialect as the recipient of a highly competitive Fulbright Scholar Award from the U.S Department of State and the J. William Fulbright Foreign Scholarship Board.

Zárate-Sández, associate professor and director of the introductory Spanish program, will travel to southern Brazil in February for a research project expanding the dialectal competence of English and Spanish teachers at the Federal University of Santa Catarina.

Understanding teachers' dialectal bias is important because prioritizing a traditional or prestigious dialect in the classroom invariably excludes less prestigious varieties and the communities associated with them, which can lead to biased views of speakers of the target language. Teachers, in turn, can transmit these negative views and attitudes to their students.

"Not all dialects are perceived the same. These different beliefs can perpetuate stereotypes and the idea that only certain dialects are worth teaching," he says. "We will get future second-language teachers out of their comfort zone to appreciate dialects that are relevant to them but with which they might not be familiar. This improves their competence in the language they will teach and opens their minds to dialects that are often excluded and stigmatized."

Collaborating with Dr. Mailce Borges Mota, professor in the Department of Foreign Languages and Literatures and director of the Language and Cognitive Processes Lab at the university in southern Brazil, Zárate-Sández will recruit student teachers of both English and Spanish. Both languages play important yet different roles as foreign languages in southern Brazil, where Portuguese is the national language. Spanish is the official language in countries bordering this region, and English is widely preferred as a second language in Brazilian schools. In this study, traditional dialects of both languages that are taught to educators will not be used: British dialects will be replaced with those spoken in the Caribbean and South Africa, as well as Castilian Spanish switched for South American dialects spoken in countries such as Chile.

"For Brazil, these regions are more relevant for economic trade and geography, but the dialects in those areas are not normally taught," he explains. "We're not saying students have to learn all dialects, but they should embrace new dialects when they hear them and not dismiss them or view them as inferior."

Zárate-Sández will implement an instructional intervention over several weeks to train student teachers to understand and appreciate these non-traditional dialects. Students will be asked of their impressions and familiarity of specific dialects before and after the intervention. They also will be evaluated on their comfort level before and after being exposed to unfamiliar dialects.

The main goal of this research project is to test to what extent student language teachers feel comfortable exploring new dialects that may be more relevant to the communities they educate and to have a better understanding of the people who live there, says Zárate-Sández.

"Teachers can transmit negative value as opposed to positive ones, or they can be agents of change as citizens who are more proactive with inclusivity," he says. "If this project works, the model can be applied to other languages, to other continents. It is not that a certain language or dialect is difficult or wrong to teach, it is often that we do not approach these dialects and their speakers with an open mind. I may not talk like you, but I must recognize that your language is also rich and important."

Zárate-Sández, who earned a Ph.D. in Spanish applied linguistics and a master’s degree in Spanish linguistics from Georgetown University, a master’s degree in English as a second language from the University of Scranton and a bachelor’s degree in English linguistics from Universidad Nacional de San Juan, Argentina, also plans to incorporate several elements of his teaching experience in Brazil with the goal of developing the international project that would mutually benefit that institution, their faculty and students, as well as Western and his students. For example, he will give workshops for language teachers at public high schools in the community during his stay in Brazil. 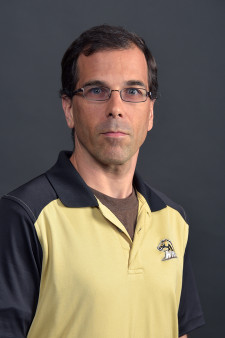 Dr. Michael Famiano, associate professor of physics, was appointed to serve a two-year term as a Fulbright Scholar Alumni Ambassador, presenting information on his Fulbright experience at multiple events on college campuses and academic conferences each year.

About the Fulbright Program

The Fulbright Program is the flagship international educational exchange program sponsored by the U.S. government and is designed to build lasting connections between the people of the United States and other countries. The program is funded through an annual appropriation made by the U.S. Congress to the U.S. Department of State. Participating governments and host institutions, corporations and foundations around the world also provide direct and indirect support to the program, which operates in more than 160 countries worldwide.

For 75 years, Fulbright award winners have addressed critical global issues in all disciplines, while building relationships, knowledge and leadership in support of the long-term interests of the United States. Fulbright alumni include several distinguished Western faculty and have become heads of state, judges, ambassadors, cabinet ministers, CEOs and university presidents, as well as leading journalists, artists, scientists and teachers. They include 60 Nobel Laureates, 88 Pulitzer Prize winners, 75 MacArthur Fellows, 16 Presidential Medal of Freedom recipients and thousands of leaders across the private, public and non-profit sectors.

More information is available on the Fulbright Program's webpage.

Consultation on choosing an award and assistance with putting together a competitive application is available from WMU Fulbright Scholar liaison Dr. Michelle Metro-Roland.