KALAMAZOO, Mich.—Although it's the birthplace of the Nation of Islam, a large part of Detroit's Muslim history remains unknown to the general public. A Western Michigan University professor hopes to change that.

"For some reason, Detroit has been underrepresented by scholars studying Muslims in America, even though you could argue it's one of the most historically important cities for African American Muslims," says Dr. Alisa Perkins, associate professor of comparative religion. 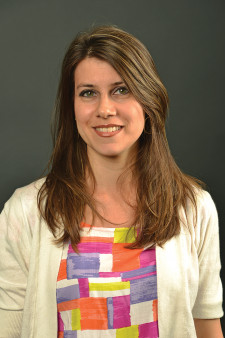 Perkins is now working in partnership with Dream of Detroit, a nonprofit focused on revitalizing a west-side neighborhood through community organizing and land and housing development, to document the history of African American Muslims and African Muslims in the area. In collaboration with community activists, residents and digital media experts, the project aims to create an interactive multimedia website, public archive, short film and general readership publication featuring oral histories.

In addition to support from the Pillars Fund, an organization that distributes grants to Muslim organizations and leaders advancing social good, Perkins recently received one of five $10,000 Whiting Public Engagement Seed Grants to support the work, which the American Academy of Religion's Committee on the Public Understanding of Religion called "vital, so that Americans new and old can better understand the unique history of African American Muslims in Detroit—an important historic center for the Nation of Islam."

"It's a way to raise public understanding and awareness of the ways that Muslim communities are contributing to the public good, because the things that Dream of Detroit and other organizations linked with them are doing are not limited to the Muslim community; they're very much neighborhood-oriented and city-oriented," says Perkins, adding it's also a way to bridge the divide between ethnically diverse Muslims from across Michigan. "It's a way to help think about how to create more channels of cooperation between people who would be willing partners if they only knew more about each other."

The project employs community-based interns—high school and college-aged students—who have the opportunity to explore their roots while also collecting important oral histories. Perkins calls working with them the most enjoyable part of the experience.

It's also helping a Western student take her studies a step further. Delaney Novak, of Kalamazoo, sparked her passion for linguistics during a class her sophomore year. She decided to make it a student-planned major, carving her own path with the help of advisors. Novak's capstone project involved African Americans and language. She's had a chance to take a deeper dive into speech patterns while transcribing oral histories for the Detroit Muslim Storytelling Project.

"Speech is a huge part of someone's identity. If you're changing their speech style a little bit, it's altering how they're presented," she says. "In the future, I'd like to see more how transcribing affects speakers, because there's obviously something lost when" making alterations.

Fascinated by documentaries, Novak also has discovered her interest in history while working on this project.

"It's so interesting because I'm learning about history through real people instead of a history book," says Novak, also acknowledging her part in helping to keep that history alive for generations to come. "It's fulfilling to know that people will see this and it could have an impact."

Interviews for the project are being compiled in a ScholarWorks online database through Western Michigan University Libraries.