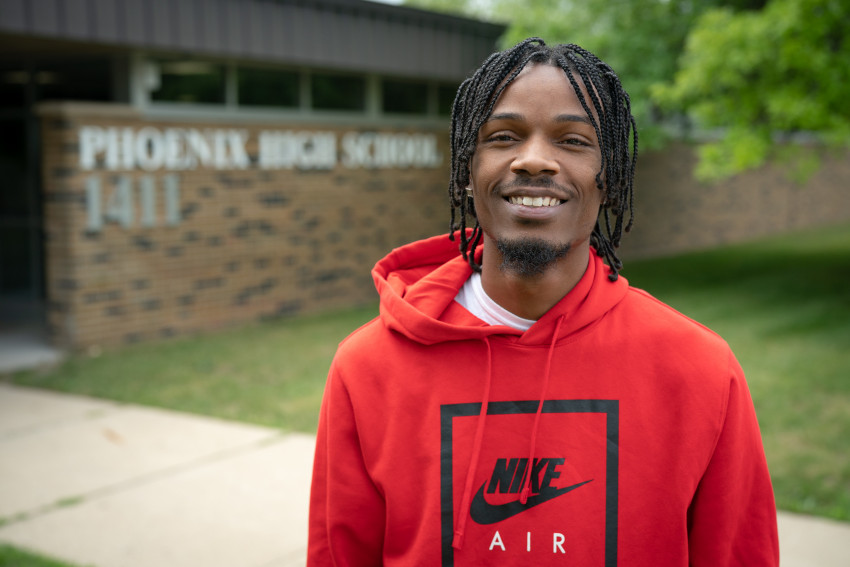 Maliek Hargrave will study social work at Western. "I'm passionate about helping others better themselves," he says.

KALAMAZOO, Mich.—To say Maliek Hargrave has beaten the odds is an understatement. Just days before Christmas in 2020, he was headed to finish up a final exam when a bullet pierced his neck as he drove down the street—a random act of violence that nearly paralyzed him. Less than a year later, he's not only walking on his own, he's taking the next steps on the path to his dream job: helping other young men acknowledge and overcome trauma.

"I've been through the worst of the worst. I definitely was not supposed to be anywhere near where I'm at now," says Hargrave, an incoming transfer student at Western Michigan University who plans to study social work. "I'm passionate about helping others better themselves. We all face challenges in life that we sometimes feel we can't get through; I want to be that driving force that breaks down those barriers and challenges that interfere with human growth." 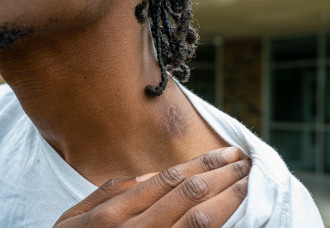 A scar on the left side of Hargrave's neck shows how close he came to being paralyzed by a bullet.

Hargrave's journey to Western was not easy—in more ways than one. As a child in Kalamazoo, he experienced homelessness and food insecurity.

"Growing up, it was tough. You'd go to sleep on the floor wondering if you're going to wake up and the lights are going to be on or off," he says.

Having to fend for himself while his guardians struggled with their own demons fueled his passion to help kids going through similar experiences. A visit from a social worker in elementary school helped him connect the dots between purpose and potential career.

"She talked to the room about what she did, and I was so interested in the fact that she had a job where she could help people," he remembers. "After class, I went to talk to her about some of the stuff I was actually going through. She let me know the things you go through don't define you as a person; it's about what you make out of the things that you're given. That was just very big for me, and I knew I always wanted to help people, so I made a decision in the fourth grade that I wanted to be a social worker."

His experience with social workers grew when he entered the foster care system as a young teenager—a path he felt fortunate to take after watching his brother go to prison. He knew it was his chance to break the cycle often perpetuated by growing up in poverty.

"I could have been where he was, doing the things he was doing and chose the path he chose to go down because of his environmental circumstances. But I chose differently," he says. "Once I got a little older, I knew knowledge was the way out of that predicament. So I just stood on a lot of principles that helped create a foundation for myself that I believed in so I could rise up."

Hargrave learned more about himself as he took more classes involving social work.

With the help of his foster family and support of educators and administrators in Kalamazoo Public Schools—Hargrave considers Mark Hill, principal of Phoenix High School, a father figure—he stayed focused on school and his dreams of college. After earning associate degrees in social work and social science from Kalamazoo Valley Community College, his advisors recommended he continue his education at Western, where the Seita Scholars program provides financial and academic support to students who have lived some or all of their teenage lives in foster care. 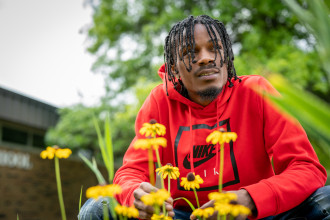 As an incoming Seita Scholar, Hargrave is looking forward to building community with students with similar life experiences to his own and having the opportunity to experience college life.

"I'm looking forward to this being a great experience and knowing, committedly, that this is exactly what I've wanted to do since I was a kid," says Hargrave. "I want to make the most of it."

He's interested in joining a fraternity or getting involved in sports on campus and also hopes to continue his work in the Kalamazoo community as a program facilitator for Prevention Works, a program that provides substance abuse and violence prevention programs to youth and families.

"I think it's important for us to understand that the road to success comes in many forms, steps and processes. I'm also passionate about mentoring. Support through mentorship makes life a little easier and goals more attainable," says Hargrave. "We all face challenges in life that we sometimes feel that we can’t get through. I want to be that driving force that breaks down those barriers and challenges that interfere with human growth."