An electrifying future: Western team charging ahead with energy innovations 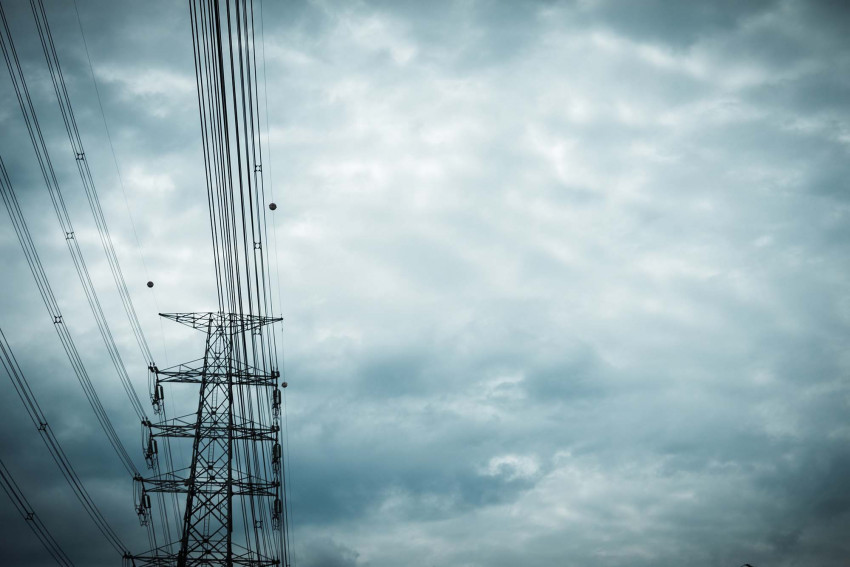 It's not just your neighborhood: Power outages are happening more frequently and for longer time periods across the country, spurred by the combination of more extreme weather events— from heat waves to wildfires to hurricanes—and an aging energy infrastructure.

It's a race against time to transition to renewable energy as the window to reverse the damage done by carbon emissions continues to close, says Dr. Pablo Gomez, associate professor of electrical engineering and director of the WMU Power Lab.

"We know climate change is something that is affecting our lives more and more, and we need to make a change in how we generate power," Gomez says. "If 20 years ago we thought solar energy was an option to start installing, now in many cases it’s the only feasible option."

In fact, in a September report, the U.S. Department of Energy estimated the country could produce 40% of its energy from the sun within 15 years by dramatically ramping up the nation’s solar capacity. But you can't just flip a switch and upgrade all the infrastructure overnight; new technology would be gradually integrated into the aging grid in a way that doesn’t disrupt the system. That's where Gomez and his students come in. 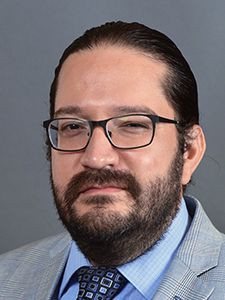 "As part of the process of modernizing the grid, we need to consider the way in which the grid operates as an essential factor for the devices that are installed today," says Gomez. "For example, if you have a solar garden or a solar station, it generates DC power that is then converted to AC power by means of an inverter for connection to the grid. But it also needs a transformer to step up to the voltage level of the grid."

Transformers are of particular interest to Gomez and his students. They're traditional devices that haven’t been redesigned in about 70 years, which becomes an issue when trying to integrate modern devices.

"Novel technologies, such as power electronic converters, have a lot of benefits—they make the grid more efficient, more reliable; they are part of what's called 'smart components' because they react to certain scenarios or disturbances better than conventional devices—but they also have some challenges related to the type of excitation that they introduce into conventional grid components such as transformers and motors."

These components aren’t designed to work with the new technology, which can lead to more wear and tear on the parts and dramatically decrease their operating life.

"Instead of a motor or a transformer being in operation for 20 or more years, they might be in operation for only two or three years, since new technologies impact their operation throughout their entire lifecycle," says Gomez. His lab aims to find solutions to better integrate old and new technology. "We're very interested in how to model this problem, how to predict the behavior and how to propose better designs."

Gomez and his team have been experimenting with insulation inside transformers and motors to identify weaknesses and propose better designs, making the equipment last longer.

"We believe that optimizing the designs under the new conditions power components are exposed to will have a long-term impact," he says. "We've been working on developing and utilizing novel computational tools to consider new challenges of traditional components."

Some argue renewable energy sources aren't as dependable as fossil fuels because they are intermittent: It's not always sunny in Michigan; wind isn't constantly blowing. Engineers like Gomez see these constraints not as unsolvable problems but as challenges to overcome.

"We have technologies like power electronics. We have battery storage. That's an important part of the solution, making battery technology more and more efficient with time so that we can have reliable, renewable energy connected to the grid." 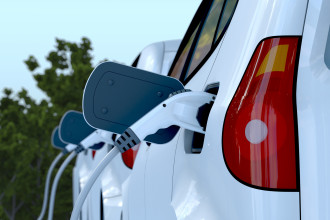 An area of innovation that’s beginning to pick up steam in the United States is electric vehicles. Many automakers have announced plans to electrify part or all of their fleets in the near future. Gomez and his students are studying how those car batteries could eventually help to charge the power grid.

"(In Europe) they have fleets of electric vehicles that are connected and charging in what they call 'smart parks,' which are big parking lots that integrate smart technology," Gomez says. "Once your car is charged, it can inject power back into the grid."

Doctoral student Olapade Olagbemi has been testing the feasibility of vehicle-to-grid power systems and working to identify potential issues, such as over-voltages or oscillations, that could arise in the process. It’s the kind of innovative, predictive thinking power companies are looking to as they design the future of our power infrastructure.

"It’s extremely urgent that we consider these new challenges," says Gomez. "We need to do this. There’s no other option." ■