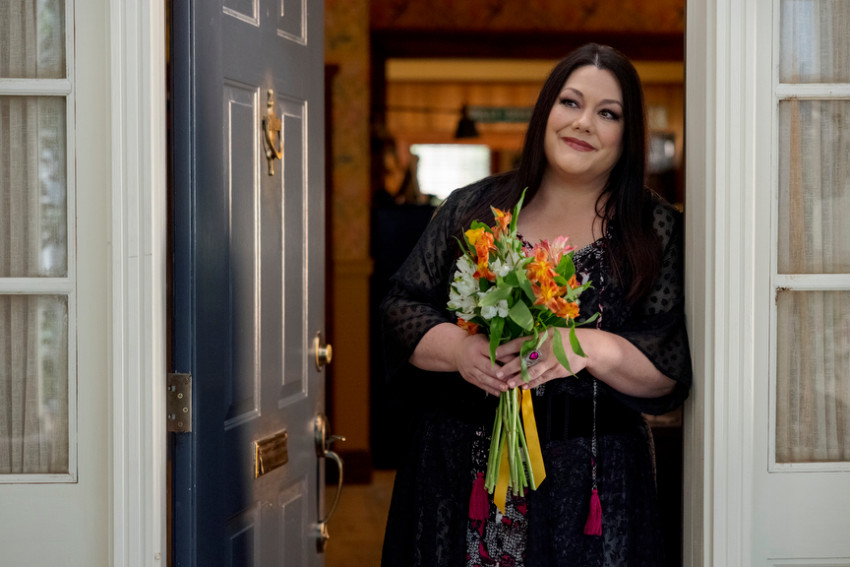 KALAMAZOO, Mich.—From "Steel Magnolias" on a small stage at Western Michigan University to the international stage as a lead on Netflix's "Sweet Magnolias," Brooke Elliott's career continues to blossom. Fans are devouring season two of the hit series, celebrating its renewal for a third installment.

"Reaching No. 1 on Netflix as quickly as we did was really thrilling—and for me very heartwarming and touching that people were so excited for us to come back," says Elliott, a 1998 alumna of Western's music theatre performance program. "In this business, you just never know; you can pour your heart into something and people respond to it or they don't, and you just never really know. So it was very, very exciting to see people flock to it so quickly and seem to really like it." 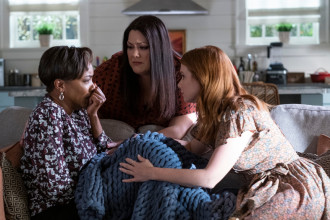 "The stories (in 'Sweet Magnolias') are so filled with truth... that I think you'd be able to identify and relate to many people in the show," says Elliott, center. "You want to see your own journey and your own self represented, and it's a really powerful thing when you do."

The series is centered on a group of lifelong friends in Serenity, a small southern town with plenty of drama—from relationships and family dynamics to business and baseball. Together the women deal with divorce, cheating, health scares, loss, finding new love and just about everything in between.

"The stories are so filled with truth, and the truth of life that I think you'd be able to identify and relate to many people in the show. That's what I imagine people like about it; you want to see your own journey and your own self represented, and it's a really powerful thing when you do," says Elliott, who plays chef and restaurant owner Dana Sue.

"I think there's also a lot of heart in the show. There's a lot of friendship, women friendship, and I think that is heartwarming; we want more of that in our lives. And we're looking for things that inspire us and raise us up and give us hope and make us feel loved and that we're seen and heard and valued."

Budding as a Bronco

Elliott grew up loving to sing and perform, and she also knew she wanted to go to college. But she didn't realize she could do both until her mother showed her a flyer for auditions for Western's renowned theatre program. 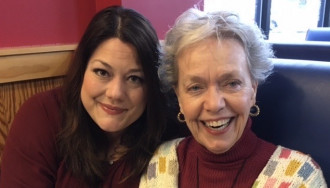 "I cannot say enough good about Lyda Stillwell and who she is and how she impacted me and still impacts me to this day," says Elliott of her former professor and lifelong mentor, pictured here during one of their visits.

"My mom was brilliant in that way and so supportive and just knew her child," she says. "I feel so lucky that I ended up at Western in the theatre department, because I was a kid and I didn't exactly know how to strategize in some particular way. I knew I liked to sing; I knew I liked to act. I knew I liked to be in the high school play. That's what I knew at the time. So, I feel so incredibly grateful that I landed where I landed and that Western became my teacher."

As an instructor at Western from 1966 to 2000, Lyda Stillwell, professor emerita of theatre, taught and helped launch the careers of hundreds of students. Elliott, she says, stood out.

"Brooke was a force. She was her own person and had confidence in herself and a great joy of life," Stillwell remembers. "She is so bright and she loves challenges, so she was just one of those people that you knew would be successful."

"I cannot say enough good about Lyda Stillwell and who she is and how she impacted me and still impacts me to this day. I think that she is brilliant," she says. "She was so loving, and also she was tough; she was both. I loved that about her. And I appreciate those times that she was tough on me, because I learned so much." 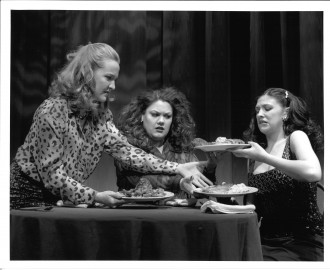 Elliott, center, performs in Western's 1998 production of "The Art of Dining."

Elliott was involved in a number of Western productions, including "Cabaret" and "The Art of Dining," as well as a student-directed production of "Steel Magnolias." She also remembers being in a student-formed theatre company with friends and performing in the lounges of residence halls.

"(Western does) a fantastic job of creating such a well-rounded educational experience," says Elliott. "It allowed me to learn, to develop skills, to understand acting more, to understand the business more, and I got a lot of experience doing all kinds of different shows. We got chances to direct and write our own stuff, and the professors were always there; they always showed up. And we were also doing the University shows, so the amount of experience and learning and skill-building was just tremendous." 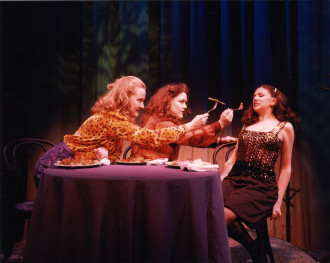 "(Western does) a fantastic job of creating such a well-rounded educational experience. It allowed me to learn, to develop skills, to understand acting more, to understand the business more, and I got a lot of experience doing all kinds of different shows," Elliott says.

The memories came flooding back during a visit to campus a few years ago when Elliott was passing through town around Christmas.

"I walked in and looked at the theatres again, and it was really fun to see all the pictures on the wall and go back and reminisce that way," she says.

"So many of my memories include the people in the theatre department, the people that I majored with. I went to school with extremely talented people. They are still some of the most talented people I know, to this day," she says. "And, honestly, all these years later, that is what I take with me. All their unique personalities and their talents and how good everyone was. They were so good and they still are, whether they went into this business or didn't. It's something I carry with me in such a loving, nostalgic kind of way."

Elliott returns to her musical theatre roots in her next project, a Lifetime Christmas movie that just wrapped production. She's both executive producer and star of "A Country Christmas Harmony," which follows a country music megastar who returns to her hometown for a live performance aimed at turning around some slumping record sales. She reunites with an old flame, played by "Sweet Magnolias" co-star Brandon Quinn.

"I sing in the show, which is really, really fun. It's one of the reasons I wanted to do this particular script," she says. "I can't believe we have to wait until Christmas (to see it)!"

It's Elliott's first time working with Lifetime since "Drop Dead Diva" ended in 2014. She starred in the show and won several awards for her work. "A Country Christmas Harmony" will also be Elliott's first credit as an executive producer, but it's likely not her last. She welcomes new opportunities to grow in her profession and challenge herself.

"I still take classes. I have a coach; I have a voice teacher. You're constantly, constantly training and learning. But I feel like without the foundation that Western gave—maybe one could say I would've accomplished the same route or the same way—but for me, that foundation really created a stable starting ground, and I'm really grateful for that."