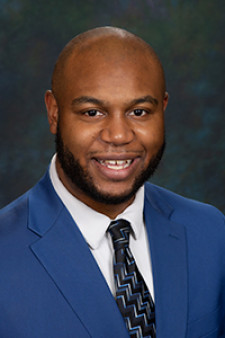 A native of Michigan, Cotton currently serves as vice president for enrollment management at Clarke University in Dubuque, Iowa. Previously, he was senior director in the Office of Admissions at Alma College. He also held several admissions roles in the honors college at his alma mater, Michigan State University, where he earned a doctorate in educational leadership and a master's degree in student affairs administration. He also holds a bachelor's degree in African American studies from Coe College.

At Western, he will lead the effort to develop a comprehensive strategic plan to strengthen the University’s enrollment, establishing Universitywide recruitment and enrollment goals to attract and retain a diverse student body. Reporting to the provost, Cotton's portfolio includes admissions, enrollment management technology, financial aid, precollege programming and the registrar’s office.

"Dr. Cotton was clearly the leading candidate among campus community and search team members, who were impressed by his charismatic and inspirational leadership style, solid grasp of enrollment management concepts and mindset for building partnerships across campus to help grow enrollment," says Dr. Christopher Cheatham, interim provost and vice president for academic affairs. 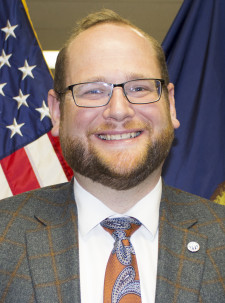 Schaible has served as deputy director for engagements for the Michigan Department of Military and Veteran Affairs (DMVA) since February 2021, overseeing the department’s strategic communications, government affairs, outreach and engagement efforts. He had been with the department since January 2019 and previously served as policy and legislative advisor for DMVA, Michigan Veteran Affairs Agency and the Michigan Veteran Homes.

Prior to joining the DMVA team, Schaible worked for 14 years in the Michigan Legislature in a variety of roles. He has extensive experience in many subject areas related to state government and budget processes as well as advocating for Michigan’s military members, veterans and their families.

A 2005 Western alumnus who earned a bachelor's degree in political science, he said he welcomes the opportunity to return to his alma mater to advocate for WMU in the hall of state government.

"I look forward to being a public face for Western and coming back to the University that gave me so many opportunities" as a student, Schaible says. "I look forward to building those campus relationships again and finding out what we need to share with state and federal legislators about our great institution."

“Fred’s professional background makes him uniquely qualified to represent WMU with our government stakeholders. He’s a Bronco with experience in the House, Senate and executive branch of state government. He will be an effective advocate for WMU’s interests,” adds Jeffrey Breneman, WMU vice president for government relations.