Why I give: Bill Thompson 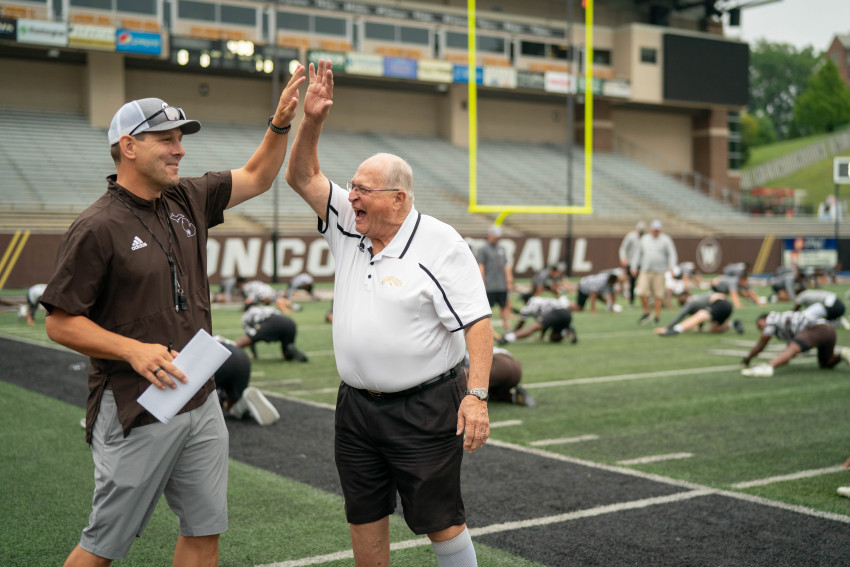 For more than 50 years, Thompson has been giving to Western, generously supporting WMU Athletics, College of Education and Human Development, School of Music and Haworth College of Business. He's a Bronco sports fanatic, remaining a season ticket holder for football, men's basketball and hockey for five decades and counting. He also served on WMU's Grand Rapids Alumni Golf Outing Committee for nearly 40 years. So, there's no doubt he bleeds brown and gold.

"There are many things to love about WMU, starting with my relationships with administrators, faculty, staff, students, former students and lifelong friends," says Thompson. "I believe I received a wonderful education and am very proud of my University as well as the faculty and graduates who continue to enhance my degree through their accomplishments." 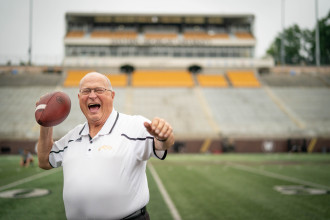 Thompson has fond memories of attending Waldo Stadium to watch the freshman football team on Thursdays with his father, followed by several visits with his aunt to Hyames Field for baseball and the basketball gym on Oakland Drive. When he was a student at Western, he joined Delta Sigma Pi, the University's professional business fraternity, and played on the football, basketball and softball teams. The fraternity’s football and softball teams won intramural championships.

"Attending varsity games was a regular part of daily life for me," he says. "And since I was a student, there have been many, many memorable away-game football trips as well as many basketball and hockey trips."

A few highlights from these trips include Western's football team winning the Mid-American Conference (MAC) Championship and playing in the Cotton Bowl in 2017; the men's basketball team winning the 2014 MAC Tournament Championship and having the opportunity to play in the NCAA tournament; and last, but not least, the hockey team earning a No. 1 seed in the 2022 NCAA Hockey Tournament.

Seeing Bronco student-athletes become successful contributors both in competition and in the classroom has been a constant source of inspiration for Thompson.

"Watching their careers blossom, I couldn't be prouder," he says.

Because his and his late wife's estate plan includes a significant contribution to the University, future generations of student-athletes and students will benefit from his devotion to WMU, too.

"My only regret is we won't be able to witness the fruits of this contribution," Thompson says. "But we hope our support will help worthy students enjoy the same educational opportunities we were so fortunate to experience."

Money was tight for Thompson's family when he was growing up. His father died when he was just 12 and his sister was 14.

"Our mother was determined to still give us a college education, and Western turned out to be a perfect fit for both of us," he says. "My sister was a music major and had a long and illustrious teaching career. I wound up deciding to be an accounting major."

In 1965, Thompson graduated with a bachelor's degree in accounting from what's now the Haworth College of Business. After graduation, he worked for Ernst & Ernst CPA firm (today's Ernst & Young) for almost three years as an auditor.

"The education, training and practical experience from WMU were invaluable and have served me well all my life," he says. 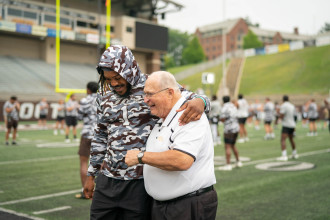 Gratitude is a big part of the reason why he and Gail, his beloved wife of 57 years who passed away earlier this year, became such steadfast Western donors. Another reason is a shared love of music; Thompson started taking clarinet lessons at 8 years old.

"I continued when I got to WMU, playing in both the University Symphony Orchestra and the Kalamazoo Junior Symphony Orchestra," he says. "My wife was a Spanish major in the School of Education, but we met because of music. She also played in both orchestras.

"We fully enjoyed our time on campus from the moment we met in the parking lot of what was then Harper Maybee Music Hall," he adds.

Thompson's father-in-law had a connection to music as well. He owned Malecki Music, Inc., a Grand Rapids-based dealer and distributor of sheet music. Thompson left public accounting, began working with his father-in-law and eventually bought the business with his brother-in-law. Malecki Music became the second largest in the industry with branch operations in Iowa, Washington, California and Missouri.

In 2004, he and his brother-in-law sold their company. Thompson then dedicated himself full time to his philanthropic passion: WMU.

"Giving back just seemed like the right thing to do and that belief has never wavered," he says. "My wife and I found that it's very easy to be supportive of our programs and student-athletes as well as the University's colleges that touched and helped mold our lives."  ■